On the verge of collapse

saudi November 27, 2020 saudi Comments Off on On the verge of collapse 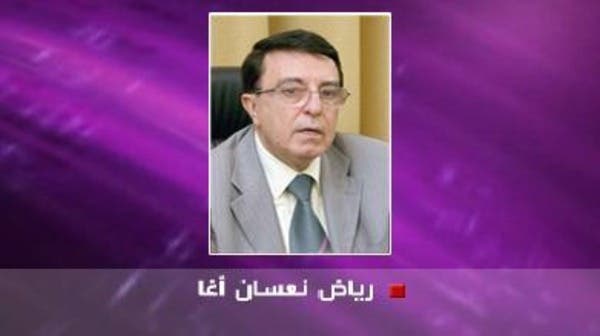 In our Arab world, several regions today are suffering from a state of security, economic and social collapse, historically unprecedented in terms of the magnitude of events and the magnitude of the victims, and the type of destructive weapons, even though the fall of Baghdad was in at the hands of Hulagu in 1258 the first major disaster that threatened the Arab and Muslim countries and exposed them to genocide and political and Islamic countries. And it paved the way for the Mongol invasion of the Levant, which coincided with the successive Crusades, the second fall of Baghdad in 2003 opened the way for a series of collapses in many Arab countries whose political regimes could not cope with the fires around them. avoid, and anger riots arose in them.
It seems that despite the breadth of its geography, the importance of its location, the sheer wealth, the competence of its elites, and the vitality of its people, the Arab nation is threatened by all-encompassing collapse and a departure from history, from which only a few countries have been able to develop their societies and achieve sustainable development, through a solid economy and serious interest in health, education and social services. While safeguarding the independence of the judiciary, ensuring equality over justice and building balanced international relations … It would not have been easier for all Arab regimes to do so, but the nature of the tyranny in collapsing countries overwhelmed the wisdom blinded the eyes of tyrants from seeing the danger that surrounded them and took them with pride. Through sin and violence that they only used against their own people.
Today’s question is who will save the Arab nation that had previously collapsed after the first fall of Baghdad, one of the consequences of this fall was the Arabs’ centuries-long absence from sovereignty and their submission to nations that rose up and their sovereignty over them. while the legacy of the Arabs shared their loyalists of different races under Arab sovereignty, and a situation arose. It is almost unique in the history of the nations, and it is the rise of the Mamluk states, and some of the nation’s leaders when the Arabs were absent were servants or slaves and found their master weak and paralyzed, so they wore the flag of dominion, and some of them seemed very sincere, defended Islam, and we don’t deny them their decency and loyalty, like Qut Bay loyalty. Who have built a great empire. The Arabs could not rise, so when the Mamluk state collapsed, the Ottomans emerged who ruled the Arabs and other peoples for about six centuries, and when the Ottoman state weakened, the Arabs tried to rise, but the West rushed to to stop them, so they occupy Egypt, which is the heart of the Arab nation. Covers the entire Arab world. With the onset of the independence movements, the great catastrophe of Palestine, which the nation could not deal with and is still powerless, took place, and the military regimes seduced by tyranny appeared, until the peoples exploded and new disasters took place, taking us to this terrible situation brought about by the fragmentation of the Arab system and by the weakness of the conflicting international will.
We are aware that even beyond their capacity, stable Arab countries bear responsibility for the advancement of the nation, led by the Kingdom of Saudi Arabia and the United Arab Emirates, and we wait for Egypt to pioneer and peacefully and find political solutions to all current conflicts, the most dangerous of which today is the bloody Syrian question. And the emerging Lebanese question, and the rest of the burning issues in the Arab world.
And while we thank France for its interest in helping Lebanon, and we look forward to a serious American role in finding a solution in Syria, and we wait for Russia to review its policy in Syria, our focus will remain on our Arab brothers, where there is great common interest, and where the security of the entire region is, and we will not accept surrendering to collapse. We will not wait for the nations of the world to solve our problems for us while we are absent, so we have to resist the collapse, and even if one of us comes out of Arabism in a state of irritation or anger, he will have no identity outside find his nation.

Notice:
All articles published represent the views of its authors only.