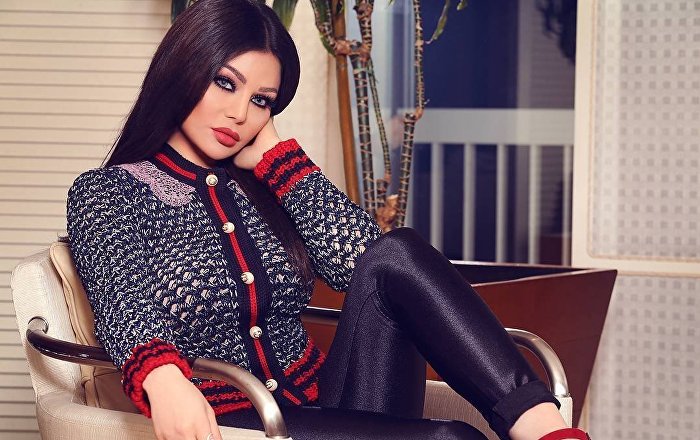 Lebanese singer Haifa Wahbi raised the admiration of her followers after she published a new video that showed her in her latest recording session, which looked very beautiful and glamorous.

Lebanese singer Haifa Wehbe published a new video on her private page in "Instagram", a new appearance in a recent recording session.

The video of Haifa Wehbe was cleaned with her short red hair and she wore a short black dress. She was accompanied by a shiny golden shoe with a high neck, the eyes of those who followed.

The video attracted fans and complimented the new "Lok" who had taken their star, and the video was widely distributed through social media.

It is noteworthy that the artist Haifa was widely criticized after the photos of her dress appeared blatantly, which prompted her to deny the photo's and claimed to be Photoshop.