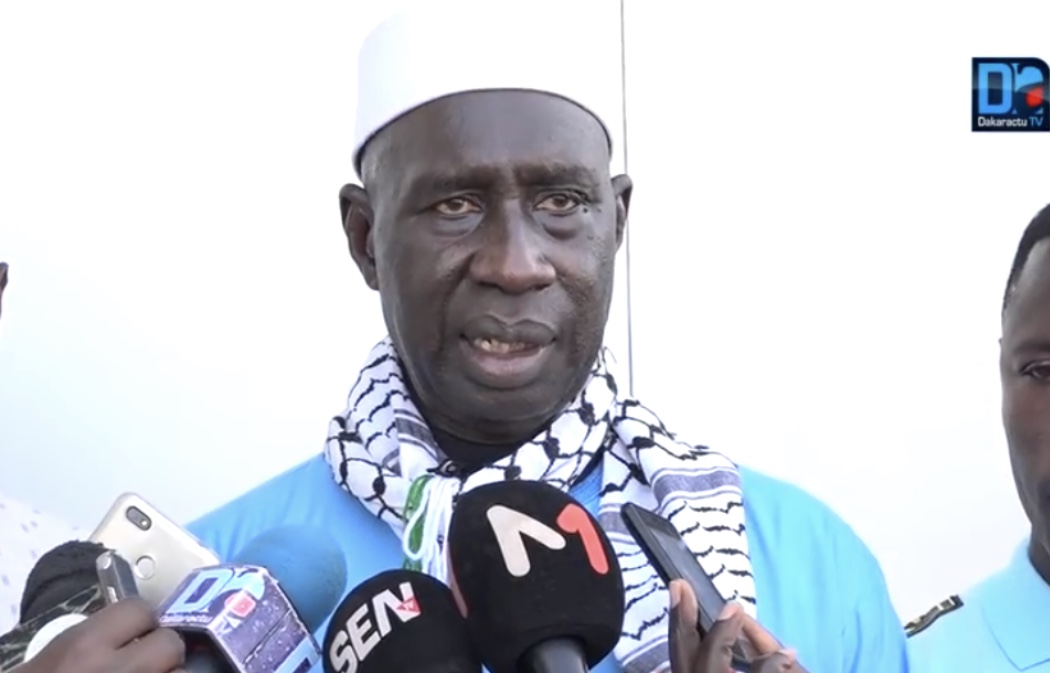 The president of the republic has withdrawn his message to the nation, not without recalling the highlights he mentioned in this address. In a Wolof, clear, clear and precise, the president returned to the peace process in Casamance, as well as accompanying measures that translate into different programs, particularly in the area of ​​infrastructure, which the southern region is likely to open.
He always reminded himself that he did not take stock due to fear of being too long, but he wanted the great achievements in a number of key sectors, such as water, education and training and energy. The president then took questions from journalists, who represented most of the national media. The economy was the first part, addressed by journalists. The prospects for the Emerging Senegal Plan and the main lines behind it were discussed again by President Sall, in order to explain the very strong success of the Paris advisory group. He gave an overview of the major projects of phase II of the PES. He unveiled the upcoming launch of the Mbour-Fatick-Kaolack highway and the subsequent expansion of the regional express train (TER) to Blaise Diagne International Airport (AIBD). He also explained that TOTAL's choice for the exploration and exploitation of the deep offshore Rufisque block is neither coincidental nor partial. Because TOTAL is the only partner that has made a bonus offer of $ 20 million. "This, after the arrival of the British via British Petroleum (BP) and the Americans via Cosmos Energy, that is the strict truth, all the rest is just an explanation and attempts at misinformation," he said. . By showing that the Senegal Basin remains open to all investors, whether English, American, Chinese or French, the president warned against some politicians, and tended to stigmatize France for concerns about political politics. However, when it came to power in 2012, it was "France was the only partner to have granted Senegal a EUR 150 million budget support to pay the salaries of that time." SENELEC encountered problems with the cash flow for which we put 60 billion in the form to stop donations ". He has insinuated, without naming it, that former Minister Thierno Alassane Sall has indeed been dismissed from his office. In reality, the president did everything to not personalize the debate. Regarding the joint and parity gas contract between Mauritania and Senegal, the president explains that the sharing was fair and that there is a clause that allows the contract conditions to be evaluated every 5 years, for recovery all imbalances arising from the operation of the down payment. The President has used the opportunity to invite all actors, whatever their side, "to prevent them from trying to sow discord and disagreement between these two brother countries, united by history and geography, and to work a stronger relationship between them, especially because the accident would not benefit either party.

To a question about the actual costs of the TER, President Macky Sall said while he stated that "the current costs for the Dakar / Diamniadio axis, according to the option business, are 568 billion of our francs". President Sall went on to say that "this increase is the result of studies that reported 7 km of clay soil between Dakar and Diamniadio, but the survey showed that there was 17 km of clay soil on this axis." After an arbitration the state had to pay 88 billion Frank approves for all markets related to this project, estimated at 15% of the market by the state, "the President Sall unveiled before specifying" The other increase comes from the EUR 50 billion FCFA's impacted payments. to the impacted rather than 15 billion, initially planned, an amount paid to the affected ones between Dakar, Pikine, Rufisque and Bargny, and there were also bridges / roads crossing the Ter-Circuit that will be closed, so the current costs of the TER-tranche option is $ 656 billion and we still have the conditional phase, is not clay and that is it is an uninhabited area, we estimate that the 19 km between Diamniadio and n AIB D will not cost enough, "said the head of state.

But where the president has been most brilliant is when he explained the mechanism of temporary cash tension. He reiterated for the first time the appreciation of the International Monetary Fund (IMF) that "Senegal has low debt risk", which partly explains the success of the Paris Advisory Group. "Those who say otherwise do nothing but drunkenness," says the president. He mentioned the sharp rise in the price of a barrel, which did not prevent the state of Senegal from freezing prices. "For this year alone, the state has supported a grant of 195 billion in favor of SENELEC to compensate for the extra costs, to prevent it from passing it on to the Senegalese consumer," the president said to the cyclical tension of our cash.

Amid the possible amnesty for Karim Wade and Khalifa Sall, President Sall does not exclude this, not without stating that "amnesty is the responsibility of the National Assembly, but we are not there yet," he added.

In short, the President closed the false debate, unfairly agitated, by an opportunist and lazy opposition, who made "fake news" his main fight for the 2019 presidential election. The Senegalese must pay attention to sellers of illusion and doubled vigilance, so that our country does not become the hostage of inexperienced hands and adventurers frustrated by the non-fulfillment of unrealistic and excessive ambitions.