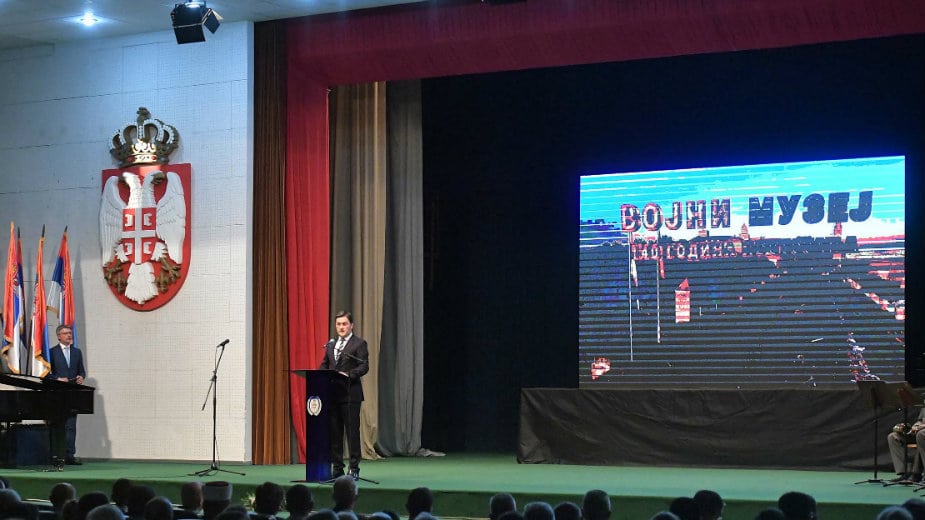 The solemn academy on the occasion of the 140th anniversary of the Military Museum was held tonight at the Garda House on Topcider. 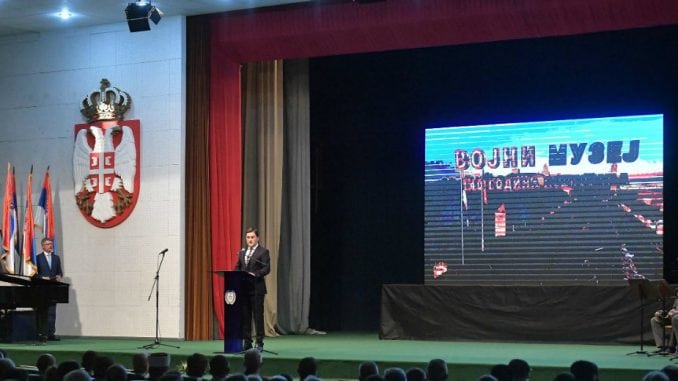 The ceremony was attended by the envoy of the President of the Republic of Serbia and the commander-in-chief of the army of Serbia Aleksandar Vucic Nikola Selakovic, Minister of Defense Aleksandar Vulin and Chief of the General Staff of Serbia General Ljubisa Dikovic's army.

Congratulating the jubilee to members of the Military Museum, Ambassador Selaković, stressed that this institute deserves attention with its long duration and important mission, because it feeds the Serbian military tradition, inheriting the traces of a material culture of military character in the territory of Serbia and the Serbian ethnic space.

– Thanks to the valuable work and dedication of its members, today it can boast more than 30,000 items divided into 12 museum collections, a fund of more than 100,000 photos and 15,000 titles that are kept in a specialized library. It is one of the most recognizable symbols of Kalemegdan and Belgrade in general and numerous exhibitions, as well as participation in symposiums and professional meetings at home and abroad, has long since gained its position at renowned cultural institutions, both in our country and in the Netherlands. world stage – said Selakovic.

According to him, the Military Museum is an archive of non-written, but material treasures and legacies of this region, our people and our army, and it is no wonder that the Military Museum was the first cultural institution that was established in the time that Serbia became an internationally recognized independent country.

– The future belongs to those who remember the longest and the longest past, says an old saying, and that is why we must work to keep the Military Museum's reputation and strive to provide the best conditions for the work and improvement of professional staff of this prestigious institution, as well as accommodation of collections – said Selaković adding that this is our obligation and debt to the ancestors, but the descendants who come to this.

Referring to the rich history of the Military Museum, Lieutenant Colonel Matić emphasized that this was the oldest institution of culture in the Ministry of Defense and Serbia's army.

– Carrying out the task that was imposed on him 140 years ago and remained largely unchanged to this day – the collection of various military issues relevant to the history of the Serbian army and the history of weapons and warfare in general, the Military Museum shares the fate of the Serbian people and the Serbian army, full of continuity and discontinuity, was also a witness of world wars, devastation and wars that did not overlook it – said Lieutenant Colonel Matic.

In order to ensure that the Military Museum makes a greater contribution to the preservation of rich military traditions, he added, he must continue to work actively on the cultural, scientific and educational role of the Ministry of Defense and the army of Serbia. .

Representatives of the Ministry of Defense and the Serbian army, religious communities, cultural institutions and numerous guests were present at the ceremonial academy at the Garda House in Topčider.

The Military Museum, one of the oldest cultural institutions in the Republic of Serbia, was founded by the order of Prince Milan Obrenovic, today, exactly 140 years ago.