Criminal complaints for anyone who lied about camp activities – Society 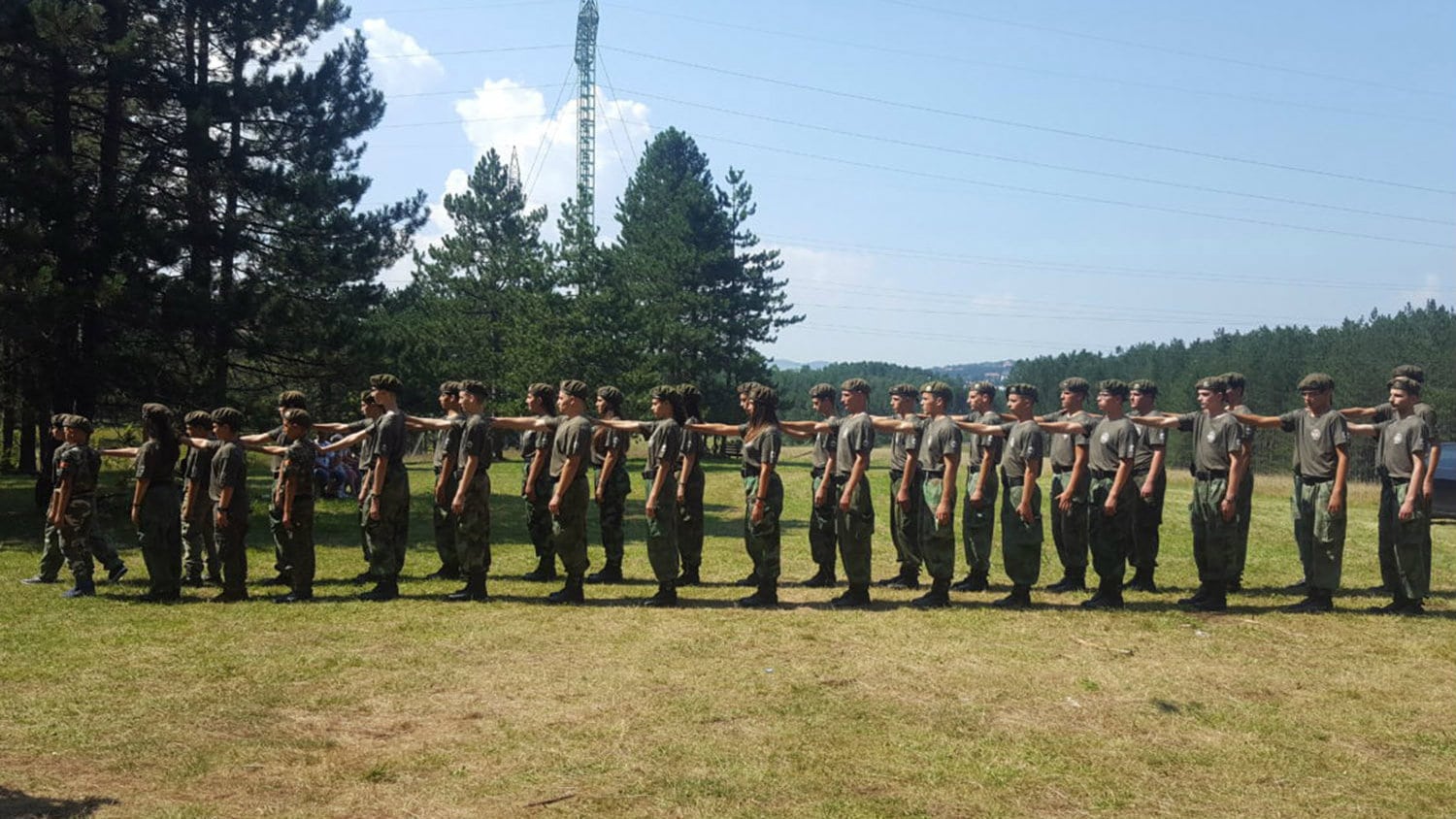 – As organizers and myself as a person we served the country where we live and respond at a certain time to defend ourselves against the aggressor, respect the laws and the constitution and put ourselves on the bumper of the homeland, we set our lives available as such, we simply do not want us to classify ourselves as terrorists or those who form and train paramilitary formations.

Mand we have done everything in accordance with the law, respecting all the laws of this country, and that night we acted like that when the members of the police came to join our camp, said the president of the Association of War Veterans of Serbia , Zeljko Vukelic, at a press conference in Novi Sad.

The conference was attended by the president of the municipality of Čajetina Milan Stamatović and several instructors from the youth and patriotic camp Zlatibor 2018, and the room was filled with children – camp participants and their parents.

The instructors explained in detail how they worked with children on certain workshops: topography, survival in nature, flying first aid, self-protection, fire-fighting equipment, etc., as well as a brief history of Serbian-Russian relations and other subjects, but they were all outraged by the state procedure and the fact that the camp is closed.

Vlade Babić, of the Federation of War Veterans of Serbia, who worked with children on the basis of radio amateurism, showed the many decorations he received and a photo that Aleksandar Vučić was handed to him when he was Minister of Defense.

The camp instructor, the retired officer Milan Vukelic, is one of the founders of an anti-terrorist unit in the Serbian army, stressed that he had trained thousands of soldiers and that some of them now work in the security of President Vucic himself, and the is not clear how it can be accused of being a "terrorist".

– We will seek the responsibility of the competent authorities, we demand that all those who have reported lies about the events in our camp and who are responsible for alerting the public, be punished. We will also announce criminal reports for all those who have written lies and made lies about the camp, said Zeljko Vukelic, who described how the camp was created, for what purpose and how the day was when the camp was closed.

– The idea for the realization and maintenance of the camp came from the children themselves, camp participants, whom we, as the association, with the consent of the parents, led to Russia in such camps supported by the Russian Federation. These are youth patriotic military camps that have been held throughout Russia for several years and are supported by their government. We have seen that this is very useful and instructive for children, first of all they learn the most important values ​​to respect their country, the country in which they live, their traditions and laws. After our last departure to Russia in late April this year, we contacted the Ministry of Defense with a request for a meeting and we were informed of their intention to create such a camp here. Our association is one of the few whose activities are supported by the Ministry of Defense because they know our activities because they are all focused on maintaining the integrity of our country and doing everything in accordance with the law, emphasized Vukelic and added that the Ministry of Defense was fully informed of all activities. what will happen in the camp.

Vukelic emphasized the support they received from the municipality of Cajetina, and the president of the municipality, Milan Stamatovic, emphasized that he fully supports the maintenance of such a camp and sees no problems in it. He also stressed that the festival was being held in Zlatibor on those days and said: "You have to see that there were no papers on the grass behind the camp and how much we just had to remove the trash after the festival." We must be proud of these children who were in the camp in every way ", said Stamatovic.

The behavior of the police was not correct

According to Zeljko Vukelic, the behavior of the police was not correct. "About twenty police officers arrived at about 10 pm They received an order from Belgrade When I asked what the reasons for the closure were, they told me that we" troubled the public of Serbia "He asked if I followed the newspapers, I replied not because we were with children all day, but on that day I received several phone calls telling me that Cedomir Jovanovic wanted to close the camp in Zlatibor, I asked the police if they listened to Čedomir Jovanović and they told me they were not Belgrade's command, when I asked if they had a written order, he said: "I am a commander." I said that we respect everyone, they are the executive and we will do our best to force them on us He ordered us to immediately close the film that children were watching at the time, we watched the movie "The Peaks of Zelengore" and he said that we had to shut it off immediately and I tried to explain that this is a film about the anti-fascist struggle of the people of Yugoslavia and that this is the reality on which the state of Serbia is based, but we had to stop presenting the film. They insisted that we leave the camp immediately. We have, however, succeeded in pointing out that we do not need children to wake up and get upset and that we will do everything in the morning as it was. By the end of the day all the children left the camp, "said Vukelic.