Is this the best image of Belgrade? Girl alone on Terazije with guitar and MUSIC

serbia October 1, 2018 Nation, serbia Comments Off on Is this the best image of Belgrade? Girl alone on Terazije with guitar and MUSIC 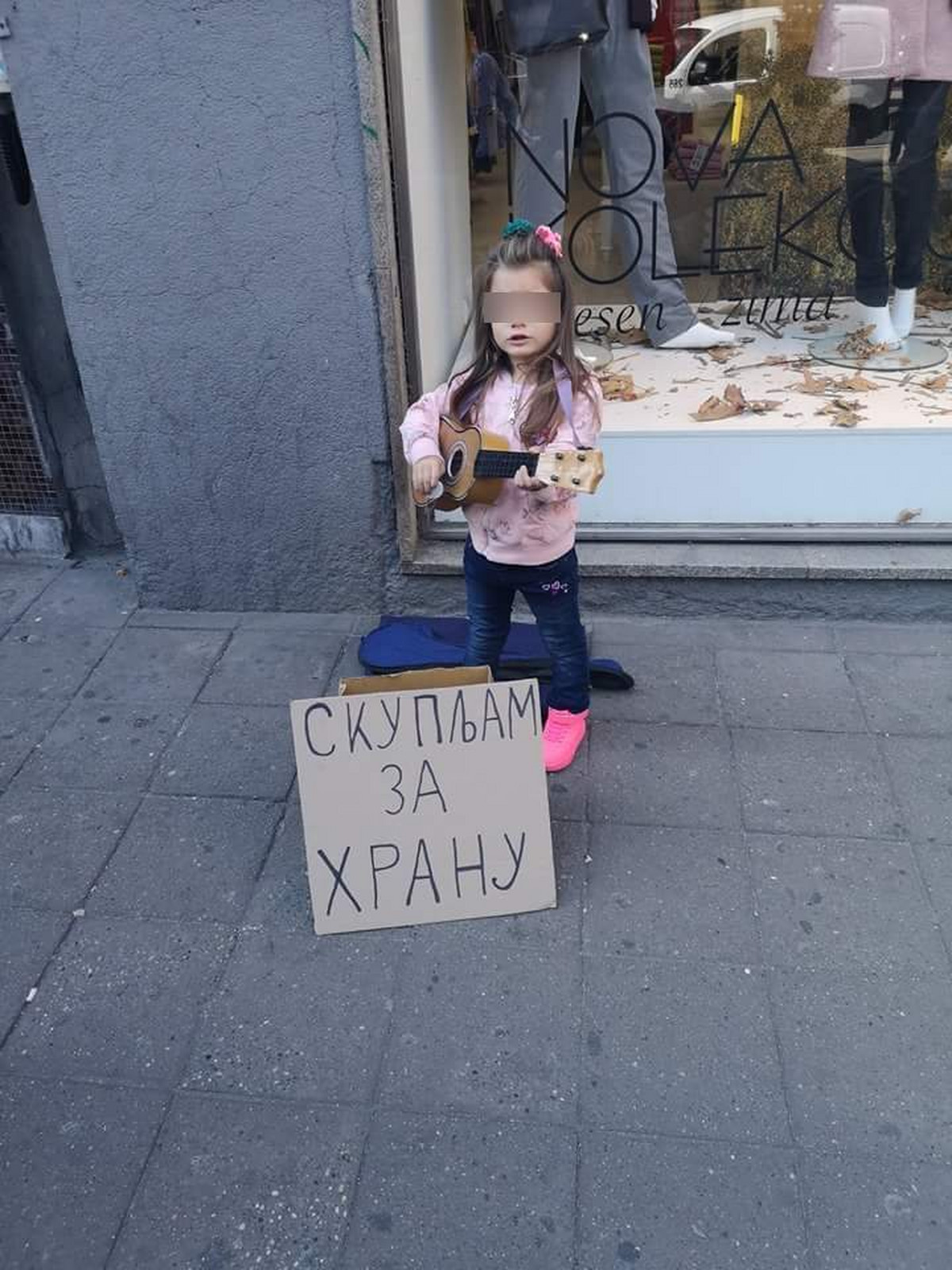 One photo that is captured at the heart of Belgrade with amazing speed is spreading through social networks. It is one of those who at the same time awakens in us, sadness and despair, breaks the heart and puts blood in the veins.

Citizens who have been walking about Terazije in the last few days could not see the little girl from infancy, not older than five years, with a children's guitar in her hands, who, while playing capital of the capital, collects money in a cardboard box.

In the scene of blood in the veins, the chief actor is a well-dressed girl with neatly dressed golden hair, who plays her instrument with a small thread in front of a boutique with a sad look. A cardboard box has been placed in front of it with the inscription "I collect for food".

Left at the mercy of the city of two million dollars without any supervision, this girl leads the most difficult life struggles in which they barely win, and they are much older.

Although the use of children with the goal of begging is not uncommon in the streets of the capital, it is impossible not only to ask this little child to go to the street, who are the parents who use their daughter as a child. form of income and what is the fate of the family that is their child instead of the playground, sends him to play on the street.

It should also be remembered that such action is strictly punishable by law, and its organization is even stricter. Namely, everyone who arranges begging or is used by minors, can get a jail sentence of up to 60 days. At the same time, the law also prohibits the departure of such young children without supervision.

The case reported to the City Center for Social Work

The Blica editors contacted the center for social work to learn more about this girl and to submit a case report. Although the answers did not arrive at the conclusion of this text, care providers promised that in the meantime they would leave the field and deal with this girl.

Glavaš: "I condemn the most abusive child abuse"

Acting Secretary for Defense, Emergency Situations, Communication and Coordination of Civil Relations Darko Glavaš said he was familiar with this case.

– The most potentially possible things such as these should be punished, although the fact is that more and more children are being abused on the streets, especially socially vulnerable groups. It is being done intensively with the municipal police and the social work center, but first with the secretariat for social protection, which are making great efforts to resolve such issues – Glavas said.