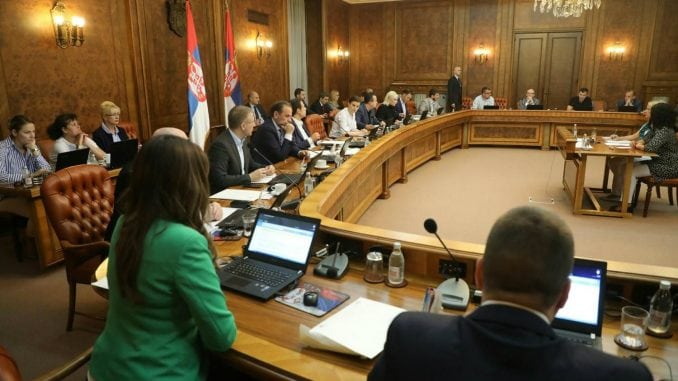 They remind us that the Prime Minister's cabinet has entered the second year and that the efficiency of the government is also one of the most important points.

The reconstruction story again fueled speculation that the prime minister asked its ministers to submit work reports as soon as possible, in which they would record at least ten major projects they were working on in the past year, to follow the assessment of their work. Ministers, however, claim that they report regularly, but that the prime minister has not asked for a classic report, but for a photo album with the ten most important things that have been done in their respective departments since the beginning of the year. , with an emphasis on the current look of the project and how it is he seemed earlier. "It is certainly not a report on the work of ministers, but these albums may be needed for some marketing," say Danas sources of government.

"Regularly after the expiry of the times, each minister submits a report on his work: we have already done this for 100 days of government work, but also for a year's work, so this is a continuous process in which the evaluation is carried out by the whole team or the government I am unable to give exclusivity to any sector, because I believe that reform of public administration and reform of the salary system, improvement of minority policy, optimization of the functioning of the system from local self-government, administrative districts, inspection services and much more in the domain the work of this small ministry, "said Minister of State Administration and Local Government Branko Ružić against Danas.

"Immediately after I had marked the year of government work, I presented my public report on the work & # 39; A look at the future: a year of innovation growth & # 39 ;. Here we have on the more than 200 page & # 39; s the most important results we have achieved in the first year as the cabinet Last year we reached the highest ranking ever in the list of innovative achievements of European countries, where we occupied a position for eight EU member states. the budget for innovation has been increased five times We have allocated money for more than 150 innovation projects worth more than eight million euros We have opened a state-of-the-art 65-square-meter startup center at the Faculty of Electronic Engineering in Nis , "Danas told Nenad Popovic, Minister of Innovation and Technological Development, to Danas.

He noted that the start of the program for the opening of regional start-up centers for innovation and the development of innovative entrepreneurship for women, for which we have received the support of the European Commissioner for the digitization of Maria Gabriel, has begun.

"I come from the economy, where the results are measured constantly and on that basis someone's performance is assessed, it's not new to me, I'm so learned, and so I work and live because I know myself," Popovic concludes. for Danas.

The Ministry of Culture, led by Vladan Vukosavljevic, said earlier that they regularly submit reports on their activities and that they are visible in the media. They claim that the Minister of Culture submits regular reports to the government and the cabinet of the President of Serbia, and that the ministry has drafted plans for activities in which projects are carried out in the field of contemporary creativity, digitization and cultural protection. heritage, as well as in international cooperation. "All activities are visible in the media and in this respect the ministry is ready for any type of impact assessment, and periodic reports are very useful for checking the efficiency and effectiveness of each ministry's work, but it is necessary to take into account with the fact that each department in the government are specific and that not all ministries can be evaluated with the same, standardized criteria, "the Ministry of Culture claims.

Dragomir Andjelkovic, a political analyst, told Danas that it is desirable for ministers to be permanently evaluated. "This practice of ministers' personal evaluations and eventual reconstruction is something that moves them for better work, but since Ana Brnabić, as prime minister, has the right to evaluate ministers, I believe that the Assembly, which opted for Brnabić, must evaluate it and must see its success ", Anđelković concludes.