VUCIC HAS SLAVISTA HELD: Today, when everything is reduced to 140 characters, it is time for a new Lighting (PHOTO) | news 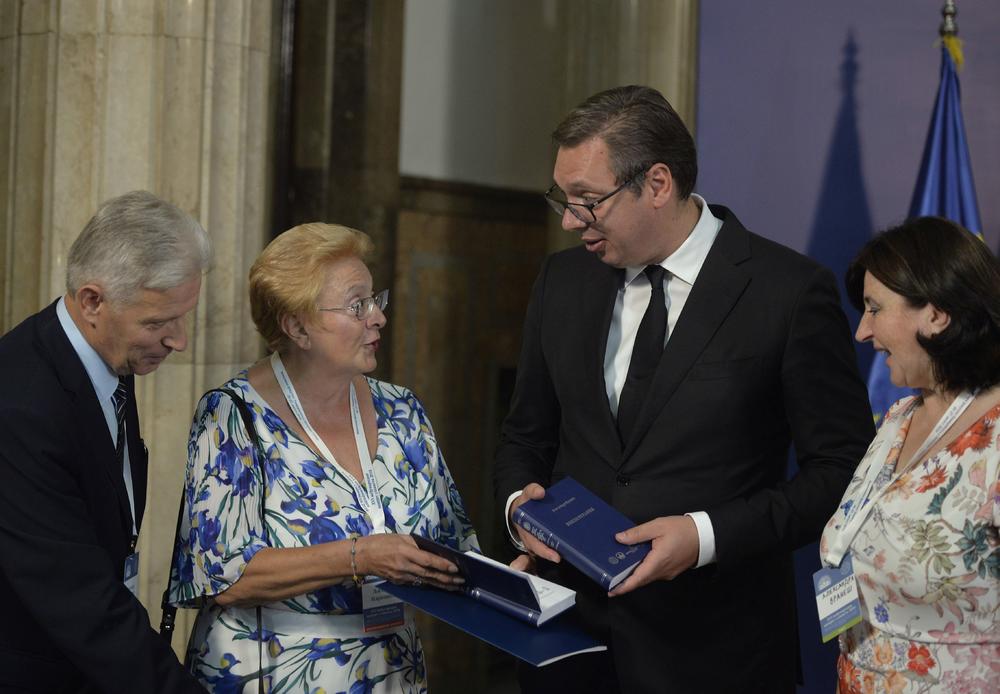 BELGRADO – Serbian President Aleksandar Vucic today emphasized that in the times we live, with "abridged versions" of knowledge and information, according to the formula "everything in 140 characters, the clear need for" new enlightenment "and people who have broader and more fundamental promote spiritual values.

– It seems to me that when I look at it, everything is reduced to 140 characters, to shortened versions of knowledge and information, that it's time to tackle the work that Slavicism was made, said Vucic at the reception, in the presidency of Serbia, for participants 16 the international congress of slaves.

Vucic thanked the Slavs that Belgrade and Serbia were such an important subject in the capital and asked those who came from other countries to feel like their own home in Beogard and Sbrija.

– Especially friends from the region of the former Yugoslavia, with whom we do not always share the same values, the same look at the past, but I am convinced that we will build a shared, more prosperous future, said Vucic. The president said he is proud that Belgrade is the host of such a congress, saying that he had an easy and beautiful duty to greet the participants and did not want to wait for the new seven decades of Aleksandar Belić for the demonstration in Serbia. hold.

According to him, this meeting is a huge opportunity for Belgrade to legitimize itself as a worldly Slavonic philological center.

He said that he read somewhere that Slavicism is not particularly important, which of course is not true and is good, says that Slavs and Serbia have been able to recognize this.

– It is a very important thing, a big thing for the whole world. The world can not exist without the Slavs, nor the Slavs without the world. There is a huge legacy of the Slovenian language, a great interweaving of Western and Eastern ways of thinking and language. Nothing less than this world influenced the Slovenian language and thinking, he said.

According to his work, the Slavists reveal, as he explained, all mildly bursting cultures.

Vucic pointed out that there is a huge corps of the Slovenian people, who now have a third home and for about half of Europe. He stressed that there was no area where the Slovenian did not reach heights. That is why, according to his words, Slavic can not be a small and irrelevant object and thing.