WHAT IS THAT ABOUT CANCER, WHY DUSAN DUSAN STARTS

serbia September 30, 2018 Nation, serbia Comments Off on WHAT IS THAT ABOUT CANCER, WHY DUSAN DUSAN STARTS 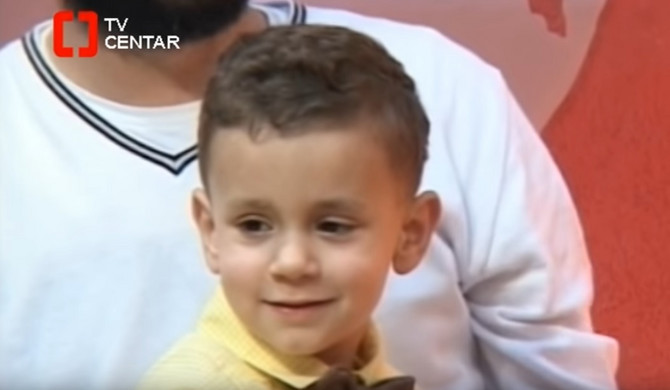 Dusan went to Barcelona in mid-September after a campaign to collect aid in Serbia had started to continue his treatment. Despite the battle of the lion, Dusan lost the main battle.

Neuroblastoma – the tumor that attacks the youngest

Neuroblastoma is the fourth most common childhood cancer – behind leukemia, lymphoma and brain tumors. It comes from very young nerve cells, which develop abnormally for unexplained reasons.

Neuroblastoma is a neuroendocrine tumor that comes from cells of the sympathetic nervous system. It is usually formed from the adrenal cells, but it can also occur in other areas where sympathetic nerve tissue is located.

Neuroblastomas occur exclusively in childhood. The first year of life occurs in 25% of the diseases and in the other 75% of the cases at the end of the fifth year.

If cancer is diagnosed early, the operation offers good chances of recovery. But once the tumor is expanded, even radiotherapy or chemotherapy give no hope of recovery.

What are the symptoms of neuroblastomas?

Some symptoms and signs of neuroblastoma, such as elevated temperature and anemia, are non-specific, while others are related to the locations of primary tumor localization or the existence of distant metastases. They manifest themselves in pain in the stomach, diarrhea, breathing difficulties, pelvic pain and difficulty walking.

How to diagnose a neuroblastoma?

Diagnosis of neuroblastomas includes a series of specialized tests. Depending on the location of the tumor, blood tests, bone marrow biopsies (due to possible metastasis of the tumor), ultrasound examinations, scintigraphy and CT are required.

Most patients with this tumor extract specific substances via the urine, so urine analysis is necessary for the diagnosis. A safe diagnosis is made by a biopsy of the tissue, whereby a pathohistological diagnosis of the disease is obtained.

How does it treat the neuroblast?

Surgical procedures, chemotherapy and radiation are used for the treatment of neuroblastomas. Also, depending on the prevalence of the disease at the time of diagnosis, neuroblastomas are divided into four stages.

If the tumor is localized (stage I and II), it can be eliminated by surgery. Chemotherapy is also used in the further spread of neuroblastomas (stage III and IV). This can prevent the spread of localized disease to other organs in the body.