Audi shocked fans of TT and became a four-door coupé 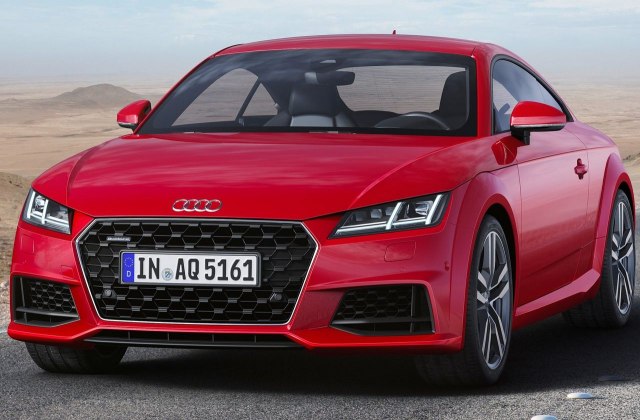 The new Audi TT has a green light and Auto Expres reports that the car spotted with the cult has undergone a drastic change.

TT has become a more practical four-door coupé and is expected to be on the market in the next two years.

The Ingolstadt Company announced this kind of development four years ago with the TT Sportback concept at the Paris Auto Show.

Due to the low public interest, but especially because of the Dieselgate scandal in 2016, the Volkswagen Group & # 39; the belt tighter & # 39; not revived.

After the VAG was restored and once again became one of the key players in the industry, Audi received the green light for the TT four-door, as a direct replacement for the previous two-door model that celebrated its 20th anniversary this year.

However, due to the declining demand for sports cars and small cars, Audi has completely reformed the TT brand to prevent it from dying out.

The new TT will be about 290 mm longer than standard and 60 mm wider with a 120 mm longer wheelbase. Audi's four-door coupe will be based on the improved version of the MQB platform on which the current TT was made.

The new TT first comes in a hybrid version with a gasoline combination and a 48 volt technology designed to fill the turbo lag and increase fuel consumption by at least 10 percent.

Although hybrids play a key role, the Audi TT will also have a new generation of diesel engines.

In the meantime, Audi has now renewed the third generation TT coupe of the two doors.