HEADQUARTERS CRISIS CUT TODAY AT 11AM! There are no more delays, DRASTIC MEASURES will be taken during the session, and these are some of the OPTIONS

serbia November 12, 2020 serbia Comments Off on HEADQUARTERS CRISIS CUT TODAY AT 11AM! There are no more delays, DRASTIC MEASURES will be taken during the session, and these are some of the OPTIONS 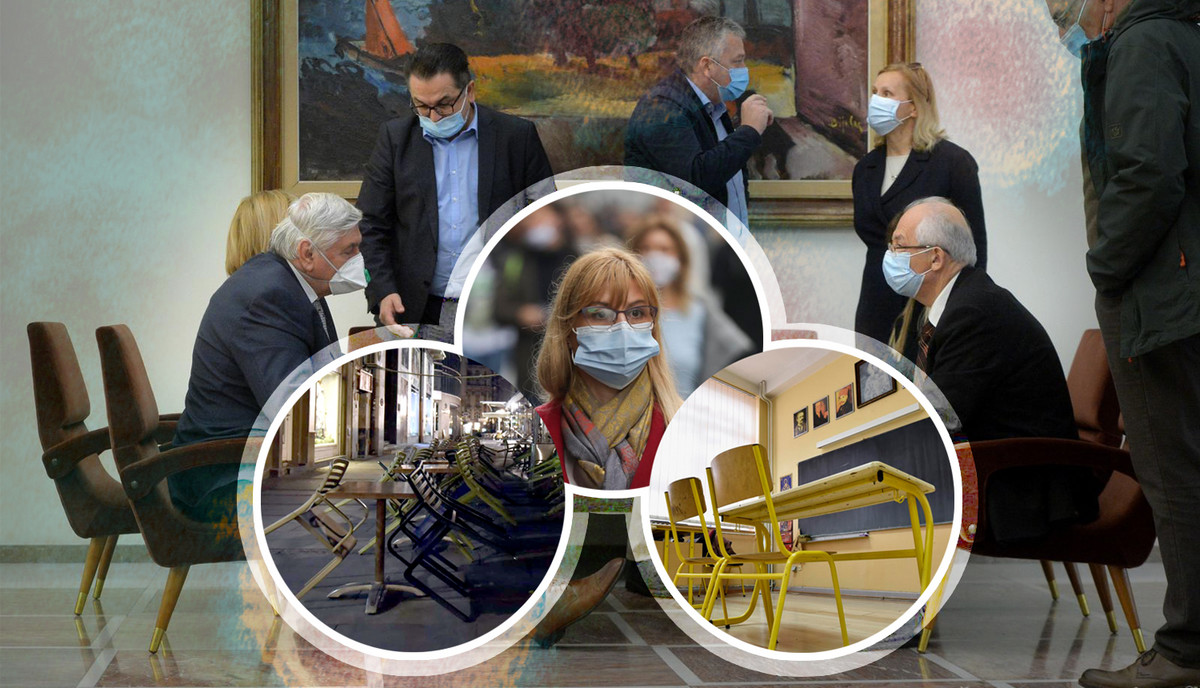 As more and more new cases and deaths due to the coronavirus are registered in Serbia, as the darkest day since the start of the kovida-19 epidemic in our country has passed, the introduction of new epidemiological measures is becoming the most serious considered. a session of the Crisis Staff takes place after the holidays.

As we’ve learned unofficially, cafes and clubs can be the first and foremost topic. A stricter measure, when it comes to catering establishments, would be complete closure, which also the leaders of the city of Belgrade are against, while a milder and more sure variant is to reduce their working hours to 8 or 9 pm.

Yesterday the mayor of Belgrade, Dr. Zoran Radojicic, stressed that it was time for new measures.

– It is time to strengthen controls and strengthen measures, I think now is the time to introduce new measures, set them for a period of time, monitor the results and adapt to them – said Mayor Radojicic.

He added that he expects responsible measures to be adopted at the headquarters session in Krza, reiterating that the city of Belgrade is ready to implement all measures adopted as before.

Radojicic pointed out that public transport is one of the areas of risk around the world, but it is not critical.

– Of course transport has to work and most civilians wear masks. The amendment of the Law on the Protection of the Population Against Infectious Diseases will increase the number of competent persons who have the opportunity and right to monitor and punish. I expect that these measures will have an additional impact on the public transport situation, thereby reducing the small number of people who do not wear masks in public transport vehicles. But public transport is not a major issue when it comes to the transmission of the virus, it is parties, night clubs, places where more time is spent indoors without a mask – said Radojicic, adding that we all need to contribute and be responsible must act.

We remind you that the President of Serbia, Aleksandar Vučić, spoke for the first time about the session of the crisis staff and the new measures on Saturday.

– With the decision on the possible shortening of the working hours of catering establishments, or their closure, we will wait two or three days – said Vučić.

In addition, epidemiologist Dr. Predrag Kon indicated that it will be discussed during the Crisis Staff session that the winter break will be simultaneously for students in Vojvodina and central Serbia. Although this was not possible in recent days, it cannot be ruled out that the extension of the current autumn holiday could be considered to combat the significant spread of the corona virus in educational institutions.

Also, the measure that some local authorities, such as Novi Sad, have resorted to to close swimming pools, spas and wellness centers could be recommended for release across the country.

Finally, epidemiologists do not hide the fact that they have not given up the mandatory wearing of the mask outdoors, but on all occasions.