The Croatian Post will send Amazon goods to others in the region – from Slovenia to Cyprus?

serbia November 27, 2020 serbia Comments Off on The Croatian Post will send Amazon goods to others in the region – from Slovenia to Cyprus? 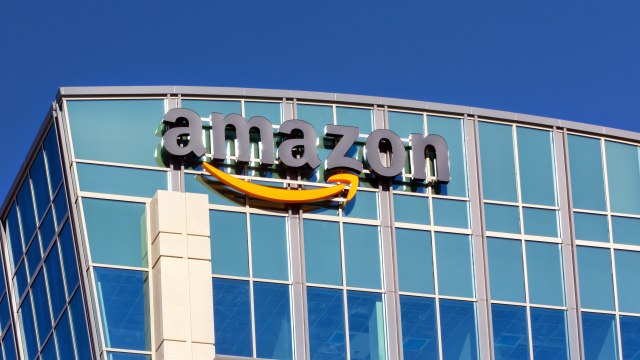 In 2020, the turnover of the Croatian Post grew by an average of 15 to 20 percent per year, and due to the epidemic by 30 percent.

Similar trends are recorded by other public postal services in the countries of the European Union.

Although in the previous period it seemed that national post offices, including the Croatian Post (HP), had become somewhat archaic organizations that were more social than market oriented in nature, on the one hand providing large numbers of employees and on the other hand maintaining unprofitable rural post offices kept. countries and on the islands where the postal worker can easily list all users and services – technology has saved such businesses in a bizarre set of circumstances, writes Poslovni Dnevnik.

Namely, in the early 2000s, due to liberalization, postal services usually lost their significance as new, innovative and well-organized smaller companies, some of which reached the national market, were found in the postal delivery market, which largely existed from letter delivery. or global frameworks. But then, in the late 2000s, the online store suddenly came to life, first in the US and Western Europe, and more and more shoppers started ordering goods online, which by the nature of things means a supply chain.

While there were attempts, and some companies still do, to arrange orders, sales, and delivery in their own arrangement, most of them decided to only deal with ordering and sales, or even sales, and delivery to be left to professionals. Amazon is certainly a pioneer in this segment and today becomes a store with a million employees and annual sales of $ 280 billion.

Although Amazon also has its own brands and services to sell, it offers about five million different stores. While there are a number of other delivery companies in the market worldwide such as DHL, FedEx, UPS, GLS, DPD, and more recently there are platforms such as Uber, Wolt, Glovo and others, in this situation the national post offices have regained their importance. While nearly all such post offices, including HP, have separated their profitable parcel delivery business from those in the field of mandatory public service, the fact is that with their size, investment capital, organization and usually the hinterland, they can be a reliable partner for large companies. for players like Amazon.

Proof of this is the Croatian Post, which officially became Amazon’s partner in this part of the world 10 days ago. Nobody wants to talk about the details, the Croatian Post itself is bound by strict confidentiality agreements, and Amazon has simply prompted such a shutdown policy through allegations of exploiting its employees in the United States and Europe.

But the fact is that from this month, order packages via Amazon, and not just from there, will be processed at the new HP Variety Center in Velika Gorica and delivered to customers from there. There is speculation that the Post’s new logistics hub was the main magnet for Amazon’s entry into HP. The sorting plant opened in September last year and the whole project is believed to have accelerated in half a year, precisely because of Amazon’s interest. The total value of the whole project is approximately 46 million euros, the complex employs more than 1,500 employees – sorting machines, mail logistics, parcel logistics, transport and rolling stock, IT and data center, business support.

The high-bay warehouse has a capacity of 8,000 packing places and a total load capacity of 6,400 tons. The capacity of the automatic parcel processing machine is 15,000 shipments per hour, package weight from 100 grams to 30 kilograms. In short, this is the largest investment in HP’s history, and the complex has also become a new headquarters, so in the future mail will be delivered from Velika Gorica to all other parts of Croatia.

Connecting to the track

In addition, although the official details are secret, the Poslovni dnevnik portal has been informed that this HP distribution center will become the center of Amazon’s supply for the wider region – unofficially speaking of Bosnia and Herzegovina, Serbia, Montenegro, as well as North Macedonia and Albania. , and some sources claim that this project even concerns the extension of the Croatian Post to Slovenia, Greece and Cyprus.

Although Croats have been buying goods online for a long time, the real expansion came when the country fully joined the European Union, which meant there were no more customs procedures and additional taxes on purchased goods. HP says it has had steady double-digit traffic growth in the parcel delivery segment since 2013. The online shopping situation exploded further this year with the onset of the kovida-19 pandemic, which caused major problems for the entire global economy, but courier companies and online stores showed significant growth.

Amazon, for example, had about 650,000 employees in the middle of last year and more than a million a year later. HP points out that they have grown an average of 15 to 20% per year until this year lokdaunom their turnover increased by 30% compared to the same period last year. Many other public postal services in the European Union have similar trends, such as HP.

Interestingly, the business model for the recovery of public postal services in the EU is increasingly used by traditional railway companies, more or less publicly owned. Namely, on the green agenda of the EU, which has been high in the focus of the Union for the past 10 years, and even more in the near future, more and more countries are coming up with projects that are heavily subsidized by European funds, such as renewal of railway infrastructure. and rolling stock. such traffic is more environmentally friendly than road transport. Croatia is on that track too.