This is one of the greatest discoveries in TAMPING KOVID 19! Patients are divided into TWO GROUPS!

serbia November 22, 2020 serbia Comments Off on This is one of the greatest discoveries in TAMPING KOVID 19! Patients are divided into TWO GROUPS! 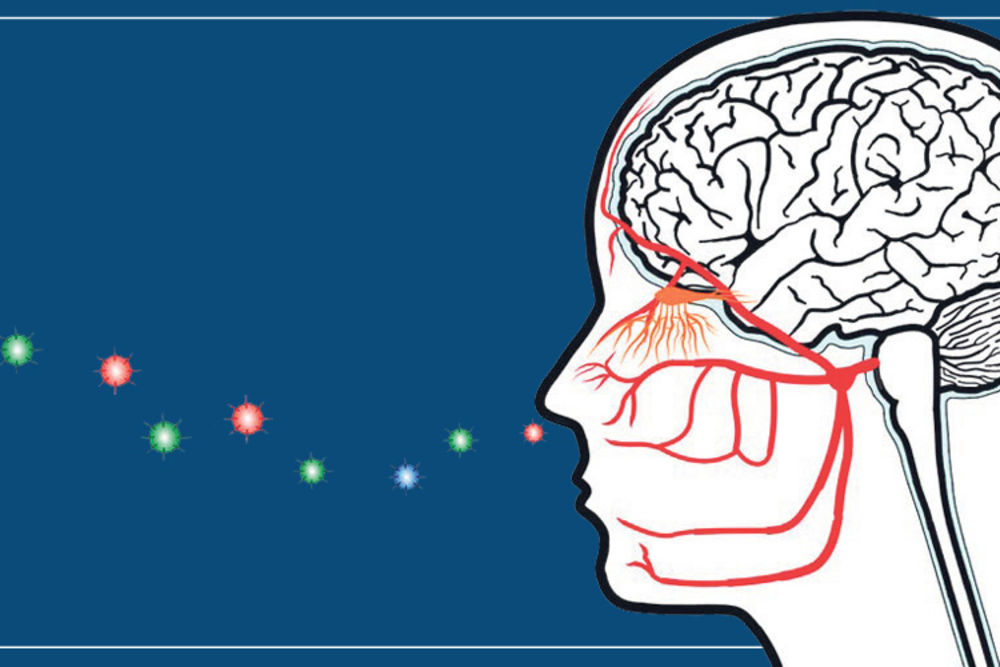 In fact, patients with kovid 19 who had no problems with loss of taste and smell actually had a much more serious clinical picture, contrary to popular belief, and so some were connected to a gas mask! At the same time, four out of five people who have a loss of the ability to recognize common smells have positive antibody tests, indicating a mild and therefore unrecognized corona infection.

This was shown by a recent study from the Clinic for Otorinolaryngology and Head and Neck Surgery at Vanderbilt University Medical Center in New York. And that the loss of taste and smell is more common in lighter patients, our doctors notice in practice.

– In practice it has been found that people with odor and taste problems have lighter syndromes. This symptom usually occurs in younger people. The odor problem is more common because the sense of taste returns more quickly. We also had young people who had a bad smell after their sense of taste and smell returned, and there were also patients who were unable to eat at all because of this. However, that’s transient, but sometimes it takes two or three months for the patient to fully recover – a story for Kurir, Dr. Galina Joković, ENT specialist in the “Dragiša Mišović” clinical hospital, who is in the covid system.

Dr. Jokovic says the corona enters through the nose and sticks to the fragrant part of the mucous membrane.

– The virus settles on the nasal mucosa and starts to multiply. Scientific research has not yet given an official explanation as to why the scent is lost. It is possible that the virus has a number of receptors that bind to that part of the mucosa and destroy that olfactory epithelium. It is also possible that the virus binds to the olfactory nerves and changes their function – explains Dr. Jokovic, who says that it is interesting that scientific research has shown, and there are such cases in practice, that lighter patients after the disease may have problems with memory loss and with a feeling of confusion.

On the other hand, Prof. Dr. Dušan Milisavljević, director of the ENT clinic in Niš, told Kurir that many viral and bacterial infections can lead to loss of sense of smell:

– However, some studies show that with coronavirus, the loss of the sense of smell can last longer. It has also been noticed that patients report that when the sense of taste returns, they no longer feel the smell of vanilla, vinegar, perfume … That their milk smells like gasoline … And with the sense of taste that if they eat hot peppers, they do that feel they are eating something sweet. This means that there is a pathologically altered sense of smell and taste.

New Research Every fifth person has no symptoms

One in five people infected will not have symptoms, but will transmit the virus to significantly fewer people than someone with symptoms, new studies show.

“The problem is that we have to distinguish between those who go through kovid without symptoms and those who are in the first days of infection, so their symptoms haven’t developed yet,” said Krutika Kupali of Stanford University in California. Studies have shown that asymptomatic people are 42 percent less likely to transmit the virus than symptomatic people.

Odor loss is the most reliable indicator

Goran Stevanović, director of the Infectious Diseases Clinic KCS, recently pointed out that kovid 19 is a disease that has the same symptoms as many infections, and that the loss of smell and taste is one of the most reliable indicators.

– It is a disease that has the same symptoms as all infections. Apart from the loss of sense of smell and taste, there are no reliable indicators of the disease – said Stevanović.