Today, at noon, the number of infected and dead is GREATER THAN YESTERDAY

serbia November 27, 2020 serbia Comments Off on Today, at noon, the number of infected and dead is GREATER THAN YESTERDAY 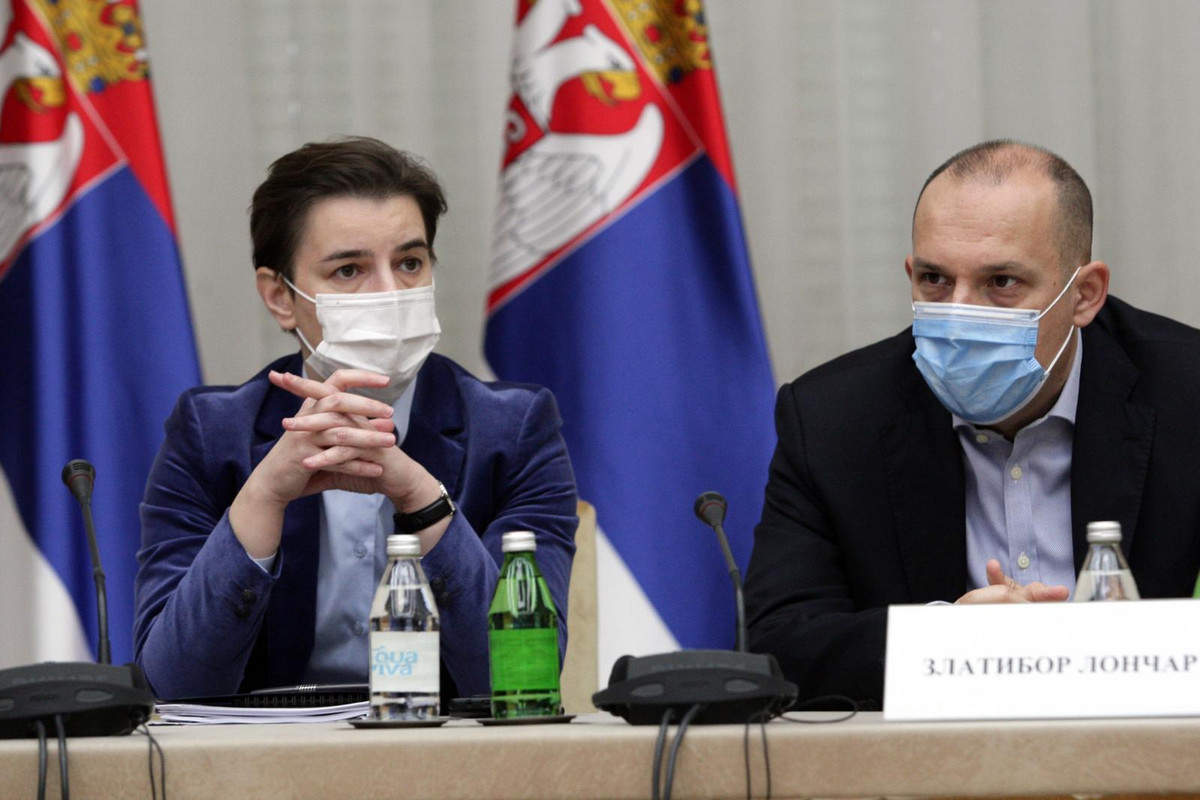 Serbian Prime Minister Ana Brnabić says the number of people infected and dead by the coronavirus in Serbia today is up to 12 hours higher than yesterday.

She said the corona numbers are getting worse.

As she said, the whole country is in a difficult situation.

– I call on everyone to see this struggle as a struggle of every individual for the whole of society, I ask that the measures are respected, that we help health workers – said Brnabić after signing the contract with the contractor for the reconstruction and construction of KC Vojvodina.

She said this is an important time for further strengthening Serbia’s health care system, one of the government’s priorities.

– We’ve been on this for a long time. Thanks to the EIB, which oversees investment in Serbia’s health system, for working with us to reach this agreement. I look forward to the day when we will lay the foundation stone, I hope it will be in 30 to 45 days, when all the conditions are met – said Brnabić.

She pointed out that the investment in the reconstruction and construction of KCV is part of a larger cycle of investment in health, launched in 2015 as the “One billion euros in health care in Serbia” project. She recalled that the works at KC Nis, which she says is the first completed clinical center in Serbia’s history, have been completed, an investment worth 53 million euros.

– The rebuilding and upgrade of Serbia’s clinical center is underway, and I hope we will be able to open a completely new KCS by the end of 2021 – said Brnabić, adding that a tender for the Reconstruction and upgrade of KC Kragujevac is expected.

She said that nearly 80 primary care centers, health centers and ambulances had been built, for which € 16 million had been set aside, and that six health centers worth € 15 million were being built.

Also, more than EUR 202 million has been invested so far in general hospitals and health centers across Serbia, some of which are under construction, as well as more than EUR 300 million in the construction of clinics and specialized hospitals, such as Tirsova, KBC Zemun, “Dr. Dragiša Mišović “, phase 1 of the Emergency Center.

– Thanks to all this, we can take care of all patients, especially kovid, but also fight for non-kovid patients. Almost all the health facilities we have built served to have a good response to this pandemic as they served as a covident hospital – Brnabić said.

She recalled that two covid hospitals are under construction, in Batajnica and Krusevac, in which EUR 80 million has been invested.

– All that, without equipment and specialization, and it shows how much the focus is on health and its strengthening. That remains one of the government’s three main priorities – Brnabić said, adding that the agreement is “a good signal that will follow”.

The prime minister thanked all health workers, all employees in KCV, as well as health care workers across Serbia, who are fighting the corona virus.

– Everything they do is admirable. Whatever we do, we will never be able to repay enough for all that the health workers have done, who are under increasing pressure day by day as the numbers keep getting worse – Brnabić said.