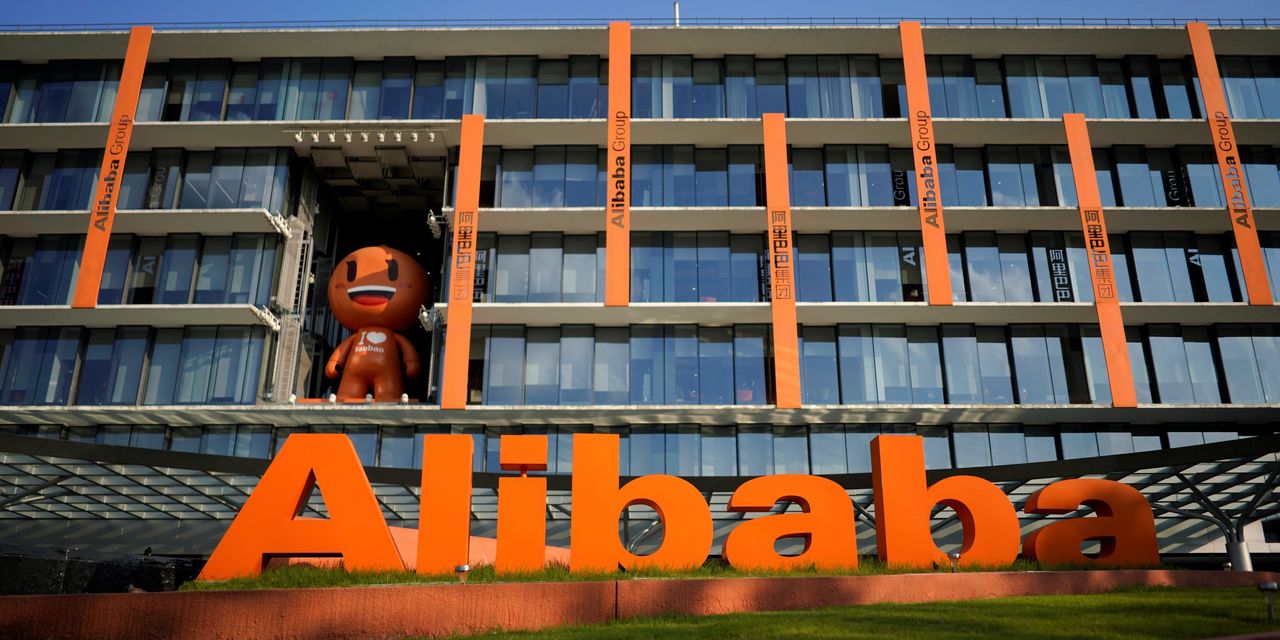 reported an increase in sales of 61%, while Chinese consumers continued to spend on the internet despite slower economic growth.

Alibaba, the operator of the two largest e-commerce platforms in China, Taobao and Tmall, said in a statement on Thursday that the main e-commerce activities continued to improve in the last quarter, bringing total sales up 61% compared to the year before. 80.9 billion yuan ($ 11.83 billion).

Alibaba, listed on the NYSE, said it collected higher commissions and sold more ads to sellers in the first quarter, which ended June 30, as consumers continued to keep their purchases on their websites. Growth is coming even though the Chinese economy showed a slower growth in the same period, which was depressed by a purging of the highest priority debt and the fear of long-term trade friction with the US.

"Domestic consumption is supported by three major trends that we have seen in recent years and which we think will still be the case," said

Before the results, investors were increasingly concerned about the toll that could slow economic growth in China on e-commerce stocks, said Jerry Liu, internet analyst at UBS Investment Bank in Hong Kong. As China's growth slows, consumer confidence in the retail trade and the willingness of traders to spend on advertising can be affected, he said.

The increase in sales of Alibaba was also accompanied by the success of the company from its push to brick and mortar stores. The efforts to bring online and physical retail sales together through initiatives such as the Hema supermarket chain, which operates more than 45 sales outlets across China, are bearing fruit and are helping to boost sales, the company said Thursday. Alibaba is trying to diversify e-commerce in order to remain competitive in the rapidly evolving internet services sector of recent years.

On Thursday, Alibaba also reported that its profit for the quarter fell by 41% to 8.7 billion yuan on the basis of a one-off compensation charge of the revaluation of its financial services provider Ant Financial Services Group. Without the stock compensation charges, Alibaba said that its net income rose 33% from a year ago.

The Chinese social media and gaming giant Tencent booked a rare drop in profits earlier this month and lower than expected sales, because government regulators make it more difficult for the company to make money from the most popular video games.

Nevertheless, the great revenue growth of Alibaba brings costs. In the same statement, the Chinese technology company said it would merge the Ele.me food supply unit with Koubei, which offers reviews and information similar to

in a new unit that focuses on serving consumers. Alibaba and other shareholders, including

, will invest more than $ 3 billion in the newly created unit.

Although it was necessary to invest in local services such as food delivery to meet changing consumer needs, these investments would have a positive impact on profits in the short term.

the chief financial officer of the company warned Thursday of the call.

Alibaba has also acquired interests in companies in an aggressive manner to expand. In July, the company invested $ 2.2 billion in Focus Media, a prominent Chinese outdoor advertiser, to reinforce advertising outside its online platforms. In May, Alibaba, the logistics division in the majority of the world, Cainiao Network and other investors spent nearly $ 1.4 billion for a 10% stake in ZTO Express Inc.

According to calculations by The Wall Street Journal, Ant Financial recorded a 54% decline in profits in the June quarter of this year compared to a year ago. Ant, which has spent much to attract and retain customers to fend off the competition, earned 2.43 billion yuan in pre-tax profit on a quarterly basis against 5.24 billion yuan in earnings in the same period last year.

Alibaba said revenues received 11.2 billion yuan of share-based compensation for the revaluation of Ant Financial after raising about $ 14 billion from investors in a fundraising round that Ant valued at $ 150 billion, an increase over compared to $ 60 billion in 2016.

The revenues from Alibaba's cloud computing activities have almost doubled to 4.7 billion yuan, while Alibaba's digital media and entertainment division, including the UCWeb mobile browser, the Youku Tudou video streaming site and