In April last year, SkyTeam, the global airline alliance, signed a MoU with Fliggy, including an online store that offers customers access to the services of its members. American Airlines, Qantas and Turkish Airlines have also established a platform presence with Fliggy. 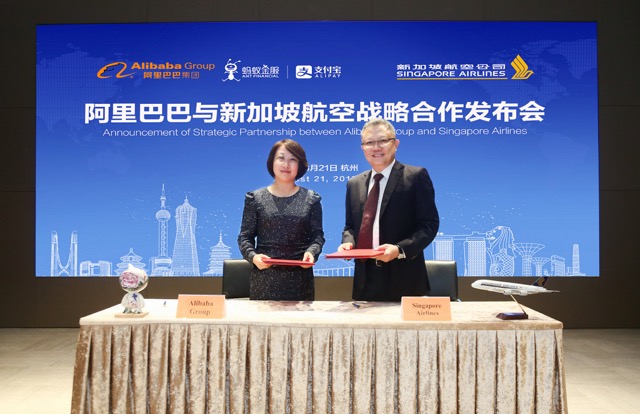 China is now Singapore's largest market in both tourism and visitors, which according to the Singapore Tourism Bureau in 2017 S $ 3.7 billion and 3.2 million arrivals in 2017.

"Membership service is an integral part of the travel and hospitality industry and this partnership brings our partnership, initially started in 2013 with Singapore Airlines' approval of Alipay, to a whole new level," said Jerry Hu, vice president of Alibaba Group. .

Singapore Airlines has also signed an agreement with Ant Financial, part of the Alibaba Group, to allow Chinese travelers to use Alipay for the purchase of in-flight products and airport services; collaborate with Cainiao Network in setting up a worldwide smart logistics operation that delivers throughout China within 24 hours and worldwide within 72 hours; and to use its own AI program & # 39; ET Brain & # 39; from Alibaba to increase digital capabilities, including web hosting, apps and membership systems.

"In the context of structural changes in our industry, we have taken important steps to ensure that we face new competitive challenges and deliver on our brand promise to customers," said Mak Swee Wah, EVP Commercial of Singapore Airlines (right of photo). "Our collaboration with the Alibaba Group will be an important element in our drive to be a leader in digital aviation," he added.