Mumbai could get Uber air taxi's by 2023 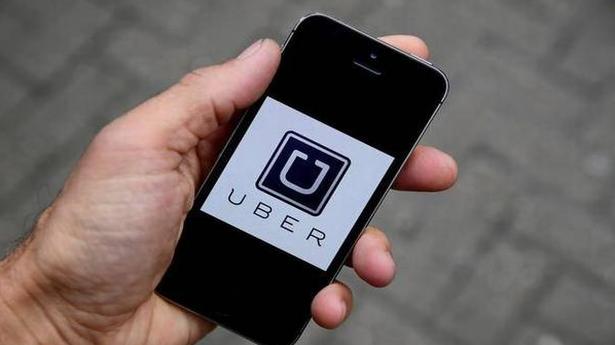 Which commuter in Mumbai has not dreamed of coming from Churchgate to Andheri in 10 minutes, preferably without taking the Western Express Highway? If everything goes well, this dream can become reality in 2023. The American tech giant is developing an air service for rides in the context of the Uber Elevate program, which tries to tackle the problem of traffic congestion in large cities.

Uber has taken an aerial photograph between the airport of Mumbai and Churchgate to emphasize its benefits. "To get a picture of how such a service might look, we have developed this map from Mumbai Airport to Churchgate, which usually takes 100 minutes by car. minutes by plane, this is the type of air mobility that is possible with Uber Air, "said Eric Allison, Global CEO, Uber Aviation Programs. He made a presentation on futuristic urban mobility during the 43rd annual general meeting of the US India Business Council (USIBC) in Mumbai.

Uber Elevate plans to have the demonstration flight in 2020 and start the commercial service in 2023. Its partners are aircraft manufacturers such as Embraer, Bell, Aurora Flight Sciences, Pipistrel Aircraft and Karem, who will develop electric vertical take-off and landing (e-mail VTOL) vehicles.

Uber's e-VTOL requirements determine that the vehicle has a cruising speed of 150-200 mph, a cruising altitude of 1,000-2,000 feet, and the ability to make journeys up to 60 miles on a single load. "Our launch markets are Dallas and Los Angeles and we are looking for a third city outside the US Five countries are on our shortlist: Australia, Brazil, France, India and Japan," said Mr. Allison.

"We have invested heavily in air mobility, and Uber Air is the next big thing in urban mobility," he said.

He said that Uber's goal was to transport people in the air at a cost comparable to other mobility modes. "We are working with international companies for the long-term future of this project and they can develop mega-sky ports capable of handling 1,000 landings per hour," he said.

The cities eligible for an Uber Air service are Tokyo and Osaka in Japan; Mumbai, Delhi and Bengaluru in India; Sydney and Melbourne in Australia; Rio de Janeiro and São Paulo in Brazil, and Paris in France. The finally chosen city will be announced within six months.