Former NMP Calvin Cheng schools Chee Soon Juan on good governance say, "Opposition has not been around yet." Tsk. " 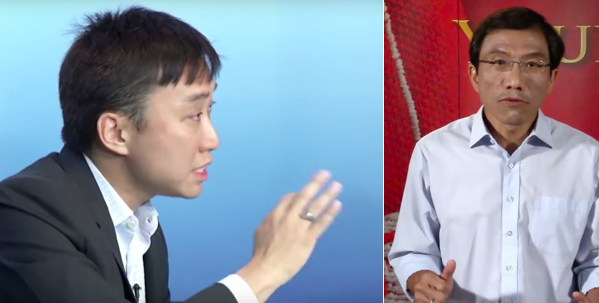 During the National Day Message from Chee Soon Juan, Secretary General of the Singapore Democratic Party (SDP), he talked about issues such as the rising cost of living, an aging population and the declining value of flats from HDB (Housing Development Board).

Dr. Chee went on: "Then there are hundreds of billions of dollars – some experts estimate it could be a trillion – in our reserves, and once again, common sense demands: is there a need to increase the GST and other fees if you already have more then collects you need? "

In response to Dr. Chee's suggestions, formerly-nominated MP (NMP) Calvin Cheng had his own thoughts.

GOOD GOVERNANCE MADE SIMPLE SDP & # 39; s Chee Soon Juan asks why water and electricity prices rise when we have a tax …

He went on to say: "In this way, we become market-conforming and subsidize ONLY poor Singaporeans with U-SAVE vouchers, etc. Richer Singaporeans have to pay the market price rightly".

Cheng ended his secretary general of the SDP post, who said: "So Chee Soon Juan – good governance made it easy for you Opposition so long already still does not know.