singapore October 16, 2018 Nation, singapore Comments Off on ICA busts try to smuggle a man from Singapore after the bus driver was remarkably nervous 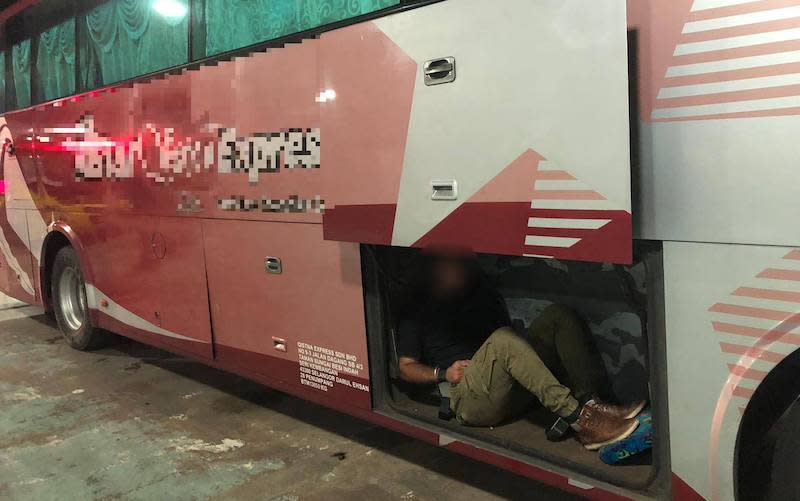 According to the ICA, a 25-year-old Indian man who had to appear in court for a separate offense was hiding in the baggage hold of a Malaysian bus at the Tuas checkpoint last Sunday. At around 9.20 pm that night ICA officers had stopped the bus for checks and noticed that the driver was "visibly nervous".

Thorough checks were carried out and officers found the illegal passenger. The driver revealed that he had promised S $ 700 by an "unknown agent" if the man was successfully transported from Singapore.

The smuggling method is not exactly the most creative or subtle (dude just sitting next door), something that netizens laugh at.

"The ICA takes a serious look at attempts by foreigners who illegally cross, enter or leave," the Authority wrote, and reminded the public that the penalties for illegal departure could trap guilty persons with a jail term of up to six months and / or a maximum fine of $ 2,000.

Both the bus driver and his illegal passenger are being sued today for violations of the Immigration Act.