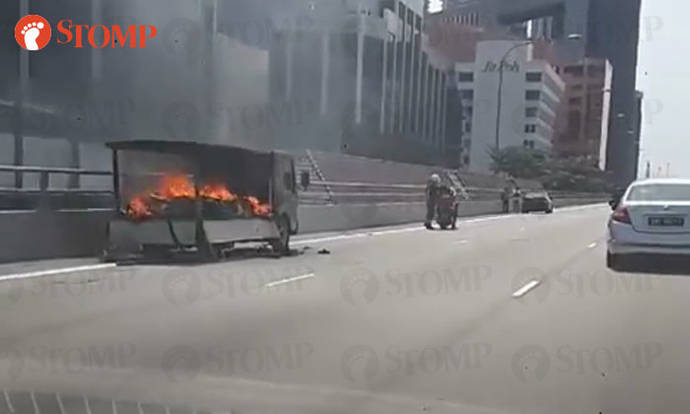 Stomper Michael drove along Ayer Rajah Expressway (AYE) towards Marina Coastal Expressway (MCE) at 11.08 am on August 18 when he saw a truck on fire.

Michael shared with Stomp a video that was made by his friend who was in his car when the incident occurred.

Michael said, "The traffic was pretty slow when we approached the fire."

In response to a Stomp question, the Singapore Civil Defense Force (SCDF) said they responded to a vehicle fire around 10.50 am.

The fire involved items in the rear compartment on the truck and was extinguished by SCDF using a fire extinguisher and a hose reel.

The cause of the fire is under investigation.

Stomp understands that the driver refused transport to a hospital after he had been assessed by paramedics.