Singapore, Malaysia to postpone the HSR construction until May 2020; KL to pay S $ 15 million for suspending work, government and economy 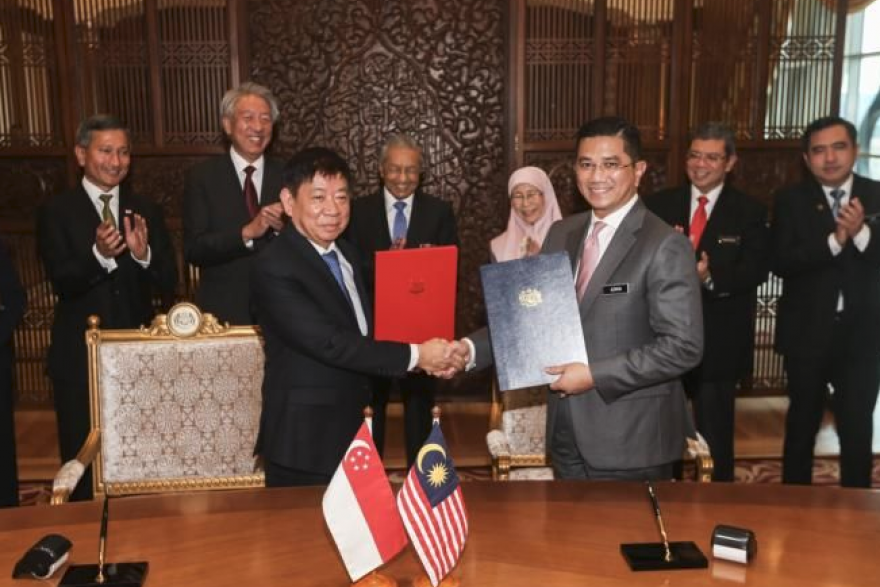 SINGAPORE and Malaysia agreed to suspend construction of the HSR project in Kuala Lumpur-Singapore until 31 May 2020, with services to the advanced train line expected to start four years after the initial start date.

The coordinating Minister of Infrastructure and Minister of Transport of Singapore, Khaw Boon Wan, and the Malaysian Minister of Economic Affairs Mohamed Azmin Ali exchanged legal documents in Putrajaya on Wednesday to vary the HSR bilateral agreement on the basis of the new agreement.

The signing was witnessed by the vice-premier of Singapore, Teo Chee Hean, who is in Malaysia for a visit, as well as by the Malaysian Prime Minister Mahathir Mohamad and Deputy Prime Minister Wan Azizah Wan Ismail.

Under the new agreement, Malaysia will repay S $ 15 million by the end of January 2019 Singapore for the suspension of the HSR project, Azmin said at the joint press conference in Putrajaya. This contrasted with previous statements, in which he said that Malaysia would not have to compensate Singapore in the period that the HSR was put on hold.

Mr Khaw revealed in July in Parliament that Singapore has already spent more than S $ 250 million on the HSR project and is likely to spend some $ S $ 40 million by the end of the year.

If Malaysia does not proceed with the HSR project by 31 May 2020, it will also bear the agreed costs incurred by Singapore to comply with the HSR bilateral agreement, according to the two countries.

With the new signing, the HSR services between Singapore and Kuala Lumpur are expected to start on January 1, 2031, instead of the original starting date of December 31, 2026.

The current international joint registration for the HSR Assets Company or AssetsCo will also be canceled in the light of the duration of the suspension.

"The ministers confirmed the mutual benefits of the HSR project because it brings both countries closer together by improving connectivity, deepening human-to-people ties and catalyzing further economic cooperation," said the joint statement.