Thai fine of $ 6,000 for the default of Singapore's national service obligations 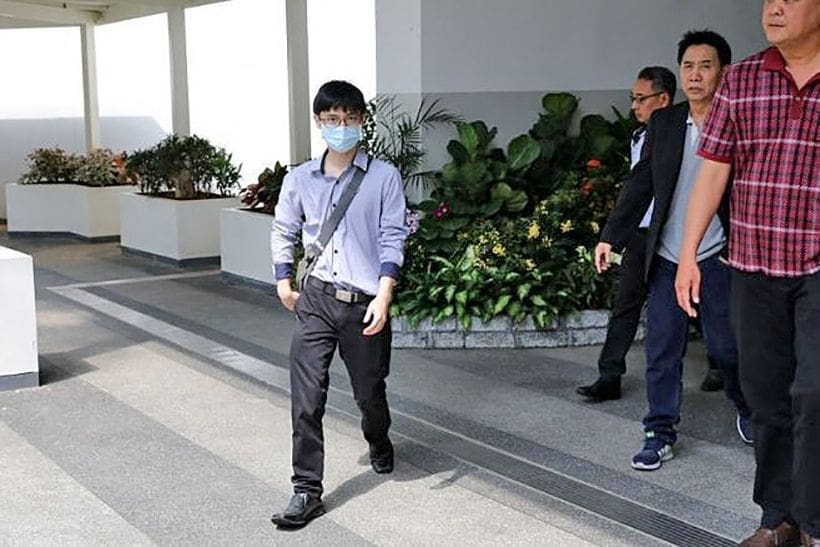 A Thai citizen, registered as a Singaporean when he was only one year old, but never lived in Singapore, was fined S $ 6,000 for failing to meet his national service obligations in the Lion City.

24-year-old Ekawit Tangtrakarn, an application engineer, committed the attack on the captain before he ceased to be Singaporean on his 22nd birthday.

Before handing over the sentence, Singaporean District Judge John Ng said that the Thai embassy had sent an official letter confirming that Ekawit is a Thai citizen and served his military service in Thailand.

"Thailand is and has always been home," the judge added.

Deputy Prosecutor Mansoor Amir had told the District Court that, according to the Minister of Defense, this was the first time a defaulter had returned to Singapore to meet the charges after he was no longer eligible to serve NS because he was not a Singaporean citizen. nor a permanent resident.

Defense lawyer S. Radakrishnan, who spoke to the media on behalf of the family on Tuesday, said that the mother of Ekawit Genevieve Lim, a Singaporean, was very grateful to the judge for the honesty shown in the sentencing.

The family, who had been in Singapore for about five months, was relieved that the ordeal was over and will return to Bangkok as soon as Ekawit regains his passport. It was confiscated when the case was pending.

Mr. Radakrishnan also said that the maternal grandmother Ekawit lives in Singapore, and his previous visits were here to see her.

According to The Straits Times, on 28 August Ekawit pleaded guilty of a violation of the Enlistment Act after being outside of Singapore without a valid exit permit for 5½ years.

DPP Mansoor said that he voluntarily surrendered and that one of the reasons for his return was to prevent problems if he had to travel to Singapore.

Madam Lim, whose husband is Thai, was born in Ekawit in Thailand in 1993 and was registered as a citizen of Singapore a year later. Later she had discussions with the Central Manpower Base (CMPB) of Singapore about the obligations of her son at the NS.

On October 17, 2015, Ekawit was no longer a Singaporean citizen because he did not take the oath of renunciation, loyalty and loyalty (orally) within 12 months after the year 21.

According to the website of the Ministry of Foreign Affairs, minors who are Singapore citizens must swear by their origin / registration within 12 months after reaching the age of 21 to remain as Singaporean citizens.

Ekawit graduated from Thammasat University in Bangkok in May 2016 before returning to Singapore two months later.