The architectural history of Singapore is threatened by redevelopment madness 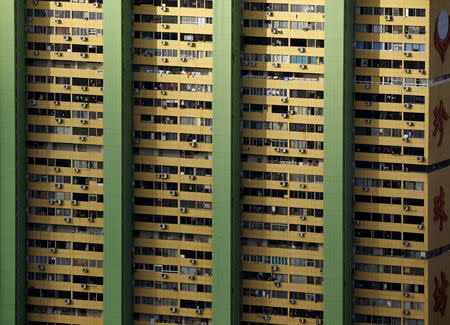 SINGAPORE (Reuters) – A rush to demolish and redevelop buildings in Singapore has called for the preservation of aging properties that symbolize the recent history and economic growth of the country.

The land-starved island is known for its gleaming skyscrapers and contemporary architectural designs that accentuate the skyline like the Marina Bay Sands hotel, which looks like a surfboard on top of three towers.

Although the city has preserved some buildings from its colonial past, the Singapore Heritage Society (SHS) said that more had to be done on Tuesday to preserve the brutalist blocks that had been built just after the city state achieved independence in 1965.

In a paper entitled "Too young to die", non-governmental society selected some of the first high-rise buildings that helped Singapore transform from a British colonial backwater into the global trade and financial center that it is today.

These buildings are the horseshoe-shaped Pearl Bank Apartments, the tallest building in Singapore when it was completed in 1976, just outside the new financial district.

It was sold this year for S $ 728 million ($ 531 million) to developer CapitaLand Ltd, who plans to build a new residential tower of 800 units in place.

The SHS said Pearl Bank, along with People's Park Complex, a colossal yellow and green building that towers over Chinatown, and the Golden Mile Complex, with its unique stepped terrace design, was of great historical and architectural significance.

Media have reported that People & # 39; s Park and the Golden Mile Complex, which was also completed in the 1970s, are offered for sale.

"It is time to re-evaluate current land use policy and regulatory frameworks to facilitate the retention of modernist adaptive reuse structures and for private owners and developers to plan a longer life for the building," said SHS.

The authorities have granted heritage status to more than 7,000 buildings in more than 100 parts of Singapore since the 1970s, including colorful shop houses, so-called black-and-white bungalows, mosques and temples.

But Prime Minister Lee Hsien Loong said in a National Day Rally speech on Sunday that Singapore needed to think about future generations.

"We can keep a few blocks for historical or heritage value or sentimental reasons, or remind people of the old days, but they should be the exception," Lee said.

"For the others we can rebuild, newer, better, more livable flats, blocks, townships more suitable for what our grandchildren and great-grandchildren will want to live."