singapore December 13, 2018 singapore Comments Off on Fentanyl surpasses heroin as a result of US deaths due to overdoses 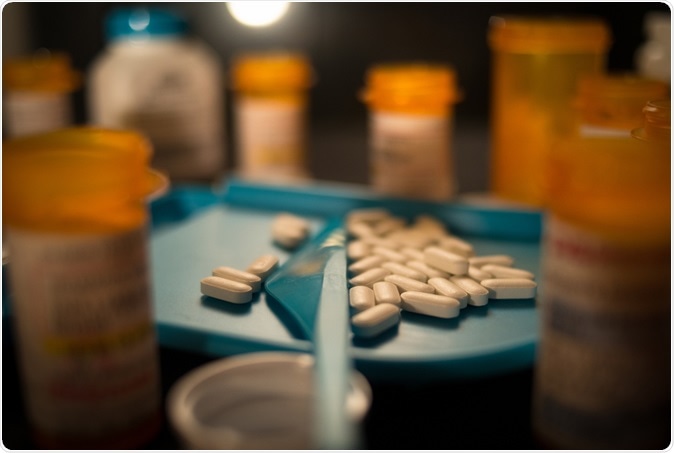 According to a new report from health officials, Fentanyl, a synthetic opioid drug, outdoes heroin as the cause of deaths from drug overdose in the United States. The report was released on 12 December 2018 in the CDCs National Vital Statistics Report. Epidemiologists and researchers from the US Centers for Disease Control and Prevention's National Center for Health Statistics under the direction of Dr. Holly Hedegaard writes that cocaine and heroin are still the favorite street drug for abuse. However, fentanyl alone or mixed with other narcotics takes over in terms of causes of death from drug overdose. The researchers noted that between 2013 and 2016 there was an increase of 113 percent of the deaths caused by fentanyl due to overdoses in the country.

Dr. Hedegaard in a statement said: "The drugs that are most often involved in an overdose of mortality quickly change from one year to the next." She added that many of these deaths are due to fentanyl or the combination with other medications. Fentanyl is combined with cocaine and heroin, she said.

Fentanyl is 80 to 100 times more potent than heroin and cocaine says U.S. Drug Enforcement Agency (DEA). It is used for pain relief in patients with terminal cancer pain and in addition to anesthetics. The DEA explains that when fentanyl is added to heroin, the potential is increased and drug users are sold a combination of heroin and fentanyl as "very potent heroin". This means that many users do not know that they only use a combination instead of heroin. This increased potency can also be a reason for deaths due to an overdose, according to the DEA.

The CDC report states that the general causes of deaths from an overdose of fentanyl, heroin, hydrocodone (Vicodin), methadone, morphine, oxycodone, alprazolam, diazepam, cocaine and methamphetamine. Oxycodone was a top killer among drug users in 2011. Between 2012 and 2015, the most important killer was heroin and since then Fentanyl has been in the top position. Cocaine remains the second or third most common abuse during this period between 2011 and 2017. The overdose deaths in the 2011 and 2016 period as a result of heroin or methamphetamine have tripled, the researchers write. Deaths due to an overdose of fentanyl were less than 1 per 100,000 in 2013 and increased to around 6 per 100,000 in 2016. During this period, deaths from methadone overdoses have decreased, the report's authors add.

Experts have stated that there are other forms of fentanyl that do the rounds. These include carfentanil or butyrfentanyl, etc. These are more potent than fentanyl. CDC statistics report that about 50,000 Americans die every year from overdoses.