Another major economic crisis is threatening: experts are warning, the worst social consequences in 50 years 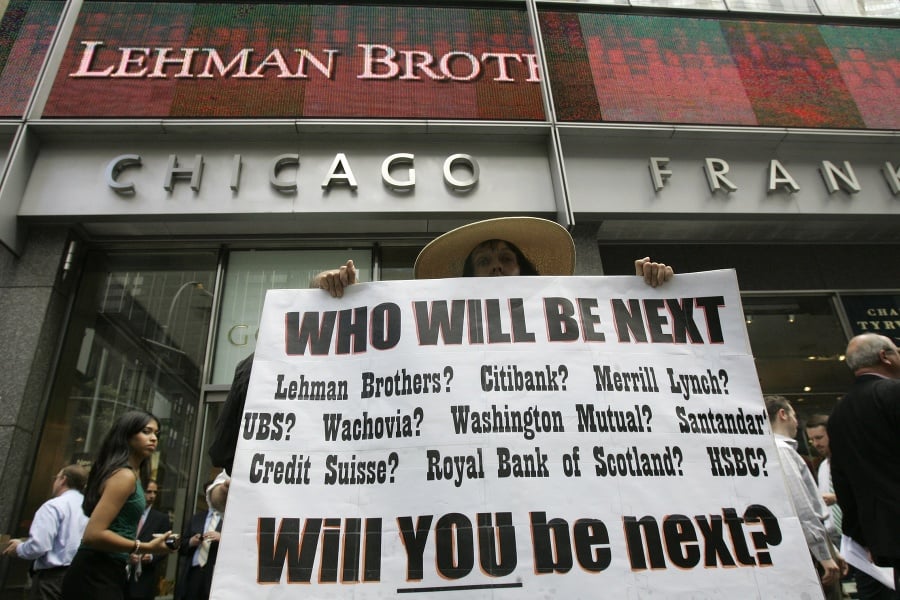 Lehman Brothers launched the global financial and economic crisis 10 years ago. The government and central banks reacted with extraordinary measures. JPMorgan Chase & Co. now have a model to predict the timing and extent of the future financial crisis. They expect it to come in 2020.

The good news is that the closest crisis seems less painful. The bad news is that the liquidity of the financial market has declined since the implosion in 2008 and it is not entirely clear how this will affect the course of the next crisis.

The JPMorgan model is based on the duration of the economic expansion, the probable duration of the future crisis, the level of indebtedness, the value of assets, levels of deregulation and financial innovation before the crisis. According to the calculations of the bank, assuming the average duration of the crisis, US stocks should decrease by around 20%, energy prices by 35%. Emerging Europe The risk of emerging markets rose by 2.79 percentage points, the market share in emerging markets fell by 48 percent and the currencies of developing countries weakened by 14.4 percent.

According to JPMorgan's John Norman and Federico Manicardi, these predictions do not worry about the recession in the past and the crisis when the S & P 500 lost 54%. But the question remains, what impact does the lack of liquidity have and how long will the next crisis be?

Another bank analyst Marko Kolanovic predicted that the next financial crisis could be caused by "flashbacks" – sudden sale of shares via computer trading systems. "A new crisis is likely to lead to social tensions similar to those recorded 50 years ago in 1968," Kolanovic added.

The most recent forecast for the recession is after Bank of England governor Mark Carney warned that a heavy Brexit could lead to a financial crisis that is as bad as a fall in 2008. Britain will leave the EU in March 2019.

The risk of a repeat of the crisis is not jealous

. who warned of the risk of the crisis, is also the former president of the largest trade union organization of Germany, IG Metall Berthold Huber, who told Augsburger Allgemeine: "It can not be excluded that we will experience the crisis again as in 2008, because the deeper causes of the risks have not yet been removed."

On the one hand, regulation and prevention in the banking sector are better than before 2008, when the crisis caused bad credit in the US. On the other hand, the debt of the country increased due to the rescue of banks, and the central banks flooded the financial markets with cheap money, causing speculative transactions.

Inflation of the real estate market

The bank of the investment bank Lehman Brothers was the largest bankruptcy in American history on 15 September 2008. It was only the culmination of development in previous years, when many banks dominated the market, everyone was given credit and relied on unrealistic mathematical models that eliminated the fall of the market, Czech economist Lukáš Kovanda told TASR.

"The key role of blowing bubbles on the American real estate market, but it did not pay for the whole country, for example, a bubble was made in California, where the real estate market is highly regulated and planning of the land use does not allow for a large and rapid construction. on the one hand there was a limited supply of housing for an over-regulated market, on the other hand too much demand was created due to low interest rates, many banks behaved predatory on the market and almost every adult citizen offered their loans without looking whether they had enough income, for example, mortgages with bad credit history have also taken out mortgages, and financial institutions have only levied commissions or commissions on loans, " Kovanda explained, suggesting that banks have dictated the greed and moral hazard of their managers.

Consequences of the crisis

Due to globalization and mutual market connections, the crisis that started in the US quickly moved to Europe, where Iceland, Ireland, Portugal, Spain, Cyprus and especially Greece hit hardest. According to Kovan, she has been feeling its effects for decades and can not yet make a final judgment.

"There were three waves of quantitative easing in the US, a huge amount of money, repayment of government and private bonds took place, and in Europe, with a certain delay, the same thing has happened and that has happened so far. managed to suppress the biggest fall, but today the US Federal Reserve and the European Central Bank have their balance sheets too high and it is a question of how they can be addressed in the future, while we are currently seeing unrest in Argentina or Turkey, this is largely due to the fact that the FED is trying to normalize its monetary policy, it is expected that the emerging market crisis will grow in the near future with the rise in US interest rates, and only then will it be possible to to give final responsibility for the financial crisis, " the Czech economist added.

According to him, we have learned to some extent from the financial crisis, which may not be enough in the future crisis. It will certainly come. "There has been a lot of regulation in many areas, but it has better prepared us for a war that has ended, he has not been able to take a moral hazard, banks are still too risky at all costs and are not punished. for what happened in 2008. Debts are still rising and this was one of the main causes of the 2008 financial crisis. Most European countries are worse off than ten years ago. to mitigate other possible crises, but it should be similar to the latter, and if it comes to a different kind of crisis, it will probably be deeper and therefore more difficult to fight with, interest rates in the euro area are too low and debt is more We have less ammunition to fight a new crisis, " Kovanda concluded.

The economy is evolving in cycles where expansion phases with recession phases alternate, which can be shorter or even longer, said Pola Bank analyst Jan Glasová. So the crisis will certainly come in the future, the question remains only when and in what strength. "The biggest current threats to today's economic development are the Brexit, the trade war between the US, China and the EU, as well as the economic problems in Turkey and Venezuela, which are causing uncertainty about emerging markets, He remarked.

Marketa Šichtařová from Next Finance pointed out that the current state of the economy in 2007 has many identical parameters with the state of the economy. This is debts, overheating of property around the world and an unhealthy balance of banks in Southern Europe.

Since the crisis, many things have changed, said the analyst of X-Trade Brokers, Kamil Boros. Until ten years ago, the American government and the central bank were prepared to leave the financial institution Lehman Brothers, they would not, according to the government, at present. He also added that central banks have been willing to grant loans to other financial institutions such as banks since the crisis, thereby reducing the risk of freezing the financial market.

After ten years, everyone tries to understand where the risks are being collected and the next crisis is coming into being. Although some analysts call China and its debt as another crisis point, others are concerned about the high level of global debt.

According to some experts, China is unlikely to be next Lehman Brothers. Most Chinese debt is in Chinese hands, unlike American mortgage bonds that have been in their banks' portfolio around the world.

Tom Finke, Chairman and Chief Executive Officer of Barings, believes that if there is no reason that the crisis is a systemic problem in the financial sector, an unpredictable event, such as a cyber attack or power outage when people get their money, cause. "It sounds like science fiction, but we spend billions on cyber security, but if you do not get into your account one day, it will cause a certain level of crises," he added.

According to the chairman of the Slovak Chamber of Commerce and Industry (SOPK) and the chairman of the World Chamber of Commerce of Petra Mihók, the crisis can not only come from the financial sphere, its causes can also be political – the tension of the tension is now relatively high, the growth of terrorism with possible consequences in the energy and production sphere. Ultimately, international trade instability, growing protectionism and often unpredictable government measures against sanctions, or even an embargo, can also cause an economic and financial crisis.