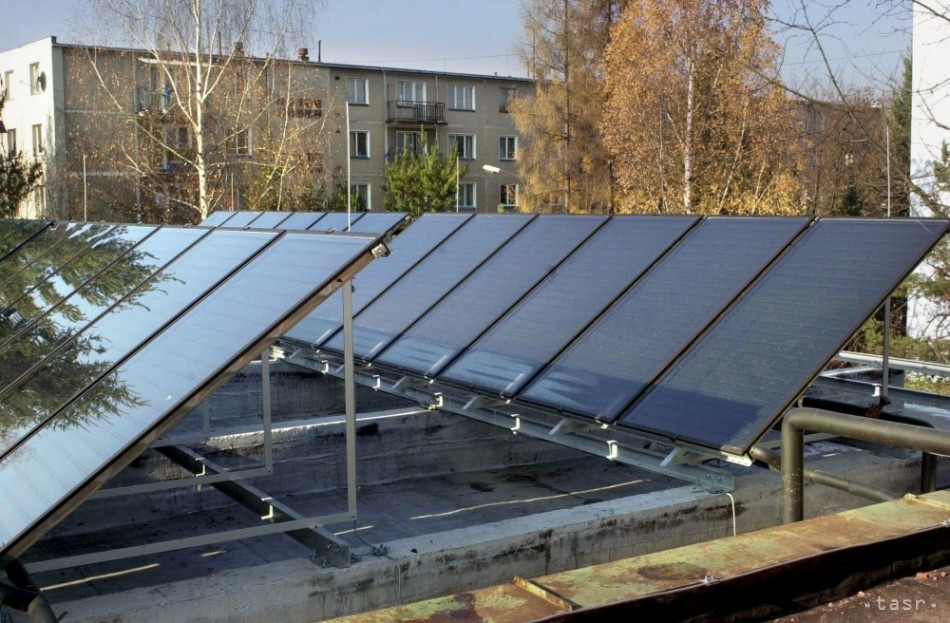 Banská Bystrica, 25 August (TASR) – Banská Bystrica The Regional Public Health Service (RÚVZ) will use solar energy for the production of heat and hot water. Banskoštiavnická firm SimKor, s.r.o., which came out of a public tender, carried out a project to reduce the energy intensity of the building in Banská Bystrica (RÚVZ). The result is an ultra-low energy building in the A1 energy class and the building is classified as Energy Class D.

"The project, which achieves an energy saving of 65%, offers a solution for the shortcomings in the field of heat, energy and hygiene and costs around 572,000 euros," informed by Maria Tolnay, a spokesperson for the office.

"By implementing the project and the complex of the proposed measures, we will fundamentally reduce the need for primary fossil fuels for the production of hot water and central heating." Hot water and electricity are produced in the three connected RVVZ buildings in state-of-the-art facilities based on an alternative energy source – the sun, the head of the Department of Economics, Operations and Health Informatics of Banská Bystrica RÚVZ Radovan Lapuník said.

New heat and power plants will be used throughout the year and will produce heat for central heating, hot water and electricity production for the Authority's own consumption. In case of insufficient capacity of the solar system, water heating and central heating will also be provided and the existing gas boiler will be modernized.

"Energy savings will also be reflected in the projected reduction in greenhouse gas emissions by 69 tons per year, and by reducing the current energy consumption in the RÚVZ Banská Bystrica building, there will be a significant annual saving of up to EUR 26,500." Lapuck counted.

It is economic efficiency, which, according to his words, is reflected in the reduction of operating and maintenance costs, one of the main advantages of the measures implemented. The saved assets can be used for the renovation and maintenance of the other real estate and movable property of the Office. At the same time, the project contributes to the Banska Bystrica RÚVZ to reduce the environmental impact on the environment and improve the quality of the environment in Banská Bystrica.