A few facts instead of emotions – diary N 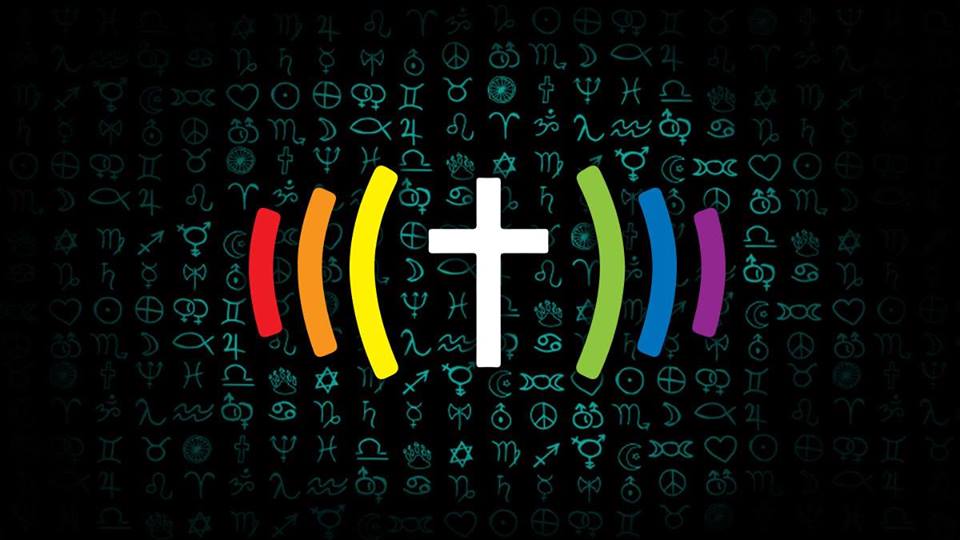 Greetings and PROUD in Košice: a few facts instead of emotions

The deputy of the National Council of the SR and the famous Christian politician Richard Vašeček shared his status on Facebook on his personal profile, indicating that the organizers of the PRIDE Košice March deliberately organized him on the day of begging Anka Kolesárová, a young girl who died at the end of the Second World War rather than rape by Russian soldiers. Because it is a clear introduction without verifying the information, I want to point things to the right. 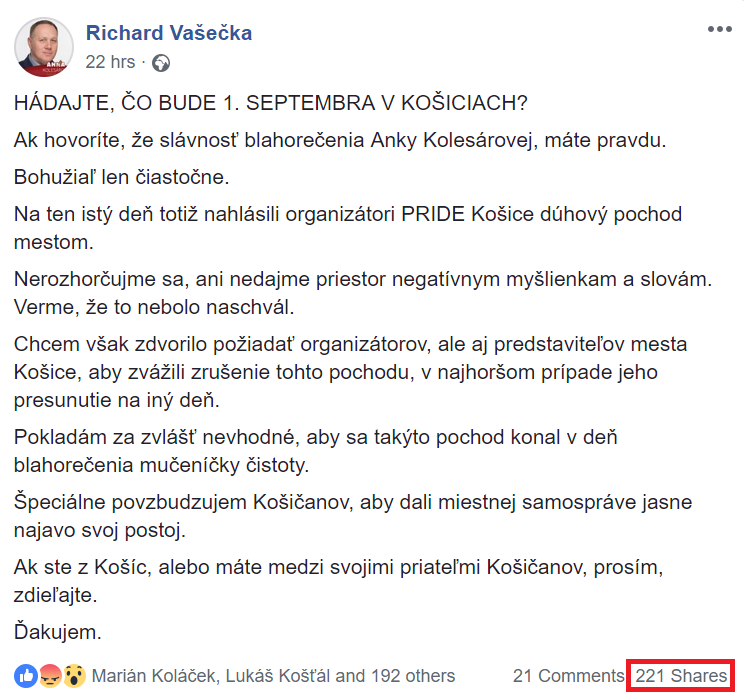 1. The organizers of PRIDE Košice have in due course announced the dates of the rainbow march of this year in Košice. Proven. The previous years also took place on the first Saturday of September.

2. The Roman Catholic Church in Slovakia then decided (most likely to be completely unconscious) to organize the welfare of Anka Kolesárová at the same time – also in Košice.

3. Richard Vašečka suddenly turns around and begins to say that the organizers of the march (perhaps the sanctioned as a provocation) have organized exactly at the time of the beatification and will ask them to take the march date and their friend to the action. change.

Such events constantly convince me that God's humor is great! 😊

I have no objection to the beatification of Anna Kolesárová, but the organizers would rather consider extending the deadline. Not so because of the innocent rainbow march (I participated in Košice last year and it was a fun and friendly community event), but rather because of the findings of what happened in Pennsylvania over the past decades. The personal testimonies that sound from this are really frightening.

Without the serious reflection of these serious transgressions and the adoption of effective measures to prevent their repetition, the words & # 39; rather death as sin & # 39; in combination with rape sounds rather hypocritical and cynical.

I am pleased that such a way of honest and modest thinking on Facebook for example has suggested famous Catholic priest and publicist Karol Lovaš: "The whole process seemed to stay in the shadows of the victims of sexual abuse of children by priests, religious and religious in the church, they have not taken their lives, surviving horrors continue to live in. It would be worthy and desirable if the" cleanliness "event also reflected these circumstances on September 1. Moreover, there is a chance that the new Slovak" saint "becomes a protector of the victims of sexual violence, not only of the army, but also of those who The church has the opportunity to show itself, the society and the world its understanding, that it is not only a moralizer of the present, which nowadays is a sufficient, but pronounced, wise and compassionate mother, " he wrote on his personal profile.

I am sorry that the member of you did not know the facts before he shared his impressions in the public space, and he kindly invited his friends to share them and write complaints about self-government. I would expect from Christian politics to be justified by such findings.

Fortunately, there are other paths, such as cheap tensions between Christians and the LGBT * community – and I am very pleased that PRIDE Košice is reporting on such journeys. Last year, together with the community of Gay Christians Slovakia, we organized the first Christian accompanying PRIDE program in Slovakia, Faith and rain, including screening, discussion and ecumenical worship, the last point for the entire weekend in Košice. And the Christian accompanying program will not even miss the PRIDE basket this year. Because it is better to build bridges than walls. ✝️🤝🏳️🌈

Text is part of Blogs N, not editorial content.
You can contact blog administrators at [email protected]