Changing the choice of constitutional judges has not changed: Gál will negotiate with the opposition 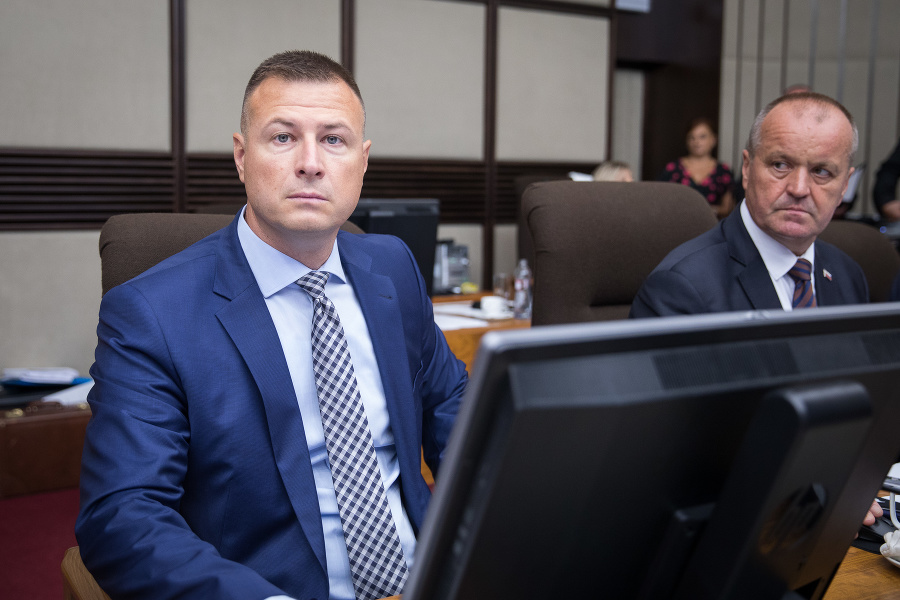 Gál suggested raising the age limit for candidates by 45 years, including at least one foreign language, being a respected person in a legal community or having to undergo a judicial investigation. The number of parliamentary votes must also be increased, at this moment there is enough to be candidates for the election of a majority of the number of members present, at least 39. After a new one, the candidates must have at least 76 votes.

Slovakia expects a massive exchange of constitutional judges over the course of calendar years. Nine of the 13 judges are exchanged. The National Council selects 18 suitable candidates, the next president of which names nine. They will work on the Constitutional Court of the Slovak Republic for the next 12 years. Experts from the legal community and President Andrej Kiska regard Gálov's proposal as a missed opportunity, according to the members of the coalition, the changes are a step towards a better one.

"The amendment to the law in question, approved by the Slovak government, goes to the first reading of the National Council of the Slovak Republic, and at the time of the second reading in the National Council of the Slovak Republic, the Minister of Justice will discuss with individual delegates, " Drobová said. "Some parties we have discussed suggested possible support, but that can change," added a spokeswoman who did not think the parties were unpleasant. The Ministry of Justice of the Slovak Republic has invited all representatives of the opposition of the political parliament, except Marián Kotleb, the Party of the People's Party.

According to the ministerial proposal, candidates for constitutional judges must be at least 45 years old, and their election must be lifted by at least 76 members and will have to be "A generally recognized person in the field of law". Moreover, they will have to master the foreign language of the world and have to undergo a judicial investigation – either by prosecuting, notary or lawyer, or regularly publishing in their field, or by being a scientist. The new conditions do not only relate to professional skills, but judges who elect Parliament after the new elections also have moral and value integrity. The candidate must also write a motivation sheet. This government proposal was presented by Minister Gábor Gál, but he can still propose proposals in the proposal.

Own proposals were also presented by 38 lawyers from the legal community. Signatories of this initiative, who submitted their proposal before Gál, think that 90 votes are needed to select a candidate, if he does not, 76 votes are sufficient. They consider the age of 40 as optimal to avoid a generation of post-revolutionary lawyers. They also require public hearings and an election round of four years, so that it can not happen that one parliament decides for the majority of the judges.

Slovakia expects a massive replacement at the beginning of next year of the Constitutional Court of the SR by nine of the thirteen judges. New judges will wear the dress until 2031. The Government's program text also calls for an amendment to the election rules, and Gál & # 39; s predecessor, Lucia Zitnanska, has begun a change. The coalition offer was also criticized by President Andrej Kiska, who nominates 18 candidates for the National Council, and nine of them are nominated. "The proposal of 38 experts to change the election of candidates for constitutional judges is also a good opportunity to change the current requirements of these judges and judges. These are insufficient protection against bad candidates, we should not miss this opportunity with a sub-solution, " he said at the end of May after the experts had presented his proposal. Kiska will also decide on the president of the court.