Farkašovský: The professional profile of a candidate before a judge of the Constitutional Court is important 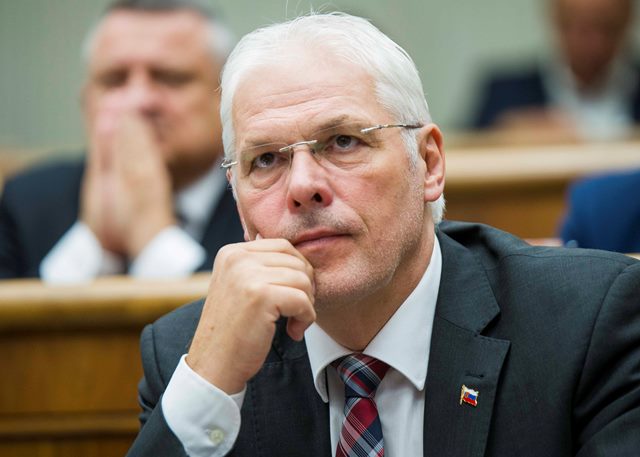 The choice of a constitutional judge must in particular depend on the professional profile of the candidate. In the RTVS discussion session of about 5 minutes 12 a member of the National Council (NR) of SR Karol Farkašovský (SNS) pointed this out.

Deputy Chairman of the SaS faction in the National Council of the Slovak Republic, Jozef Rajtár, thinks that if there are good candidates for constitutional judges who have a "moral and correct decision & # 39; would guarantee, opposition MPs for SaS will not have the problem to quickly support them & # 39 ;.

They realize that choosing constitutional judges decides what the future of the state will look like. "It is important that such candidates know the public, so the process is open to knowing who will make important decisions in the next 12 years," he said.

The Slovakian parliamentary Ľuboš Blah (Smer-SD) considers that the proposal for the election of constitutional judges is either adopted by the opposition's votes or will not succeed and that their choice will not change.

"We expect the constitutional proposal to receive support from the opposition, the rules are laid down transparently," he said. According to him, however, the choice of constitutional judges is crucial "not to paralyze the constitutional court" and "to find the right candidates". He thinks that Justice Minister Gábor Gál (Most-Híd) has set the rules for the elections so that he can get constitutional support.

Opposition MP Igor Matovic (OĽaNO) thinks that if the proposal continues or not, by electing constitutional judges, the current coalition government will secure a "fuse" in a constitutional court, which he believes "can ultimately guarantee impunity for business".