Fico attacked the Vietnamese abduction: Kiska lied! I ask who is the righteous Kaliňák 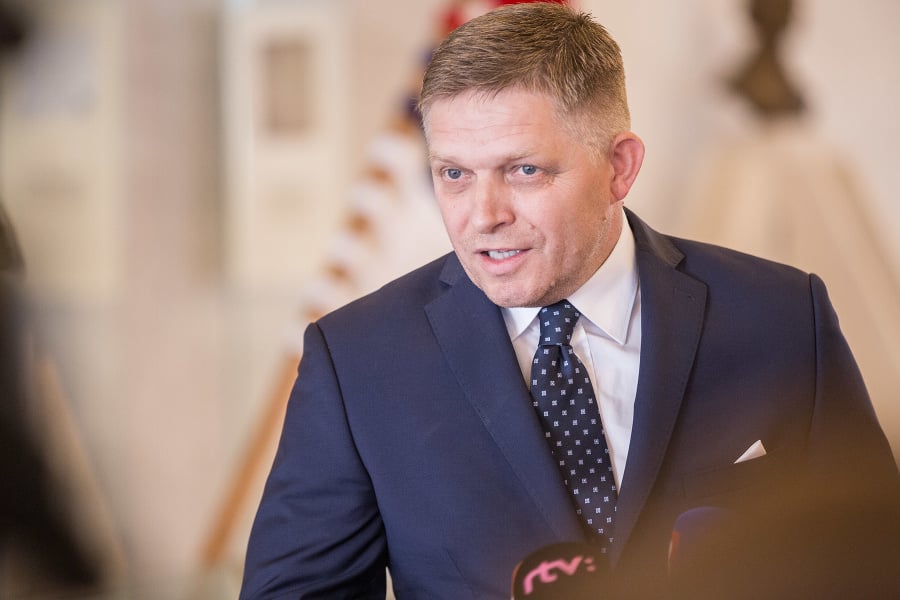 He said in an interview with Hospodárske noviny about the kidnapping of a Vietnamese citizen, saying that the ex-minister of the interior had his full support. "We only know that the Germans have kidnapped a Vietnamese businessman and everything else is being investigated, and I will not behave immediately as president Andrej Kiska and the opposition who now know everything, my personal opinion is irrelevant in this case." I have noted the conclusions of the German researchers, according to which the Slovak government can be misled, " Fico said the case was politically abused.

President Kiska's statement that Fico had called him to appoint his former adviser to Quang le-Honga as ambassador said the expremier for the slander. "Of course it did not happen, it's a talent," assured.

Asked about how the political corruption of the Smer-SD party could be prevented, Fico denounced it as the most successful political topic in the history of Slovakia. "You can not just keep winning, this party has 16,000 members and it has its own structures, we have won four parliamentary elections and we are about to win the fifth, what are you talking about?" For example, if you take the HZDS that was created in 1991, to see where it was in 2002, it was practically after, and take the SDKU, a similar case, but we have 20 years of active activity, I'm talking about 20 years, and we are still here, he said.

When he was asked about the cooperation after the elections with other parties, he did not want that. We did not explicitly reject the LSNS or we are a family, they do not want to build a government in advance. "You still have a problem with Kotleb, now I am interested in Smer-SD, his position and the percentage, if there is an extremism, let's cancel the party, I am not the Supreme Court or the Constitutional Court. have taken our position on the Slovak state, I do not have to explain it nor my attitude towards the SNP, fascism, Tis and the Holocaust, I am the last to explain such a thing, and my values ​​are unchangeable and I will conform accordingly behave, but here are some empty cries? & # 39; he asked.

The fact that the Prime Minister becomes MPs does not take a political breakthrough. "I have resigned myself as prime minister, so no one has come in. I have decided that I would like to use the government coalition to address positive and constructive issues, such as a new government and a new program statement, and that the government is not under pressure. state of self-chastisement. " He clarifies.

In connection with the presidential elections he repeated that Smer-SD will build its own candidate. Officially, the party should speak for the first time in the first half of September.