Government proposals for changes in the election of constitutional judges are minimal, says the TOTAL party 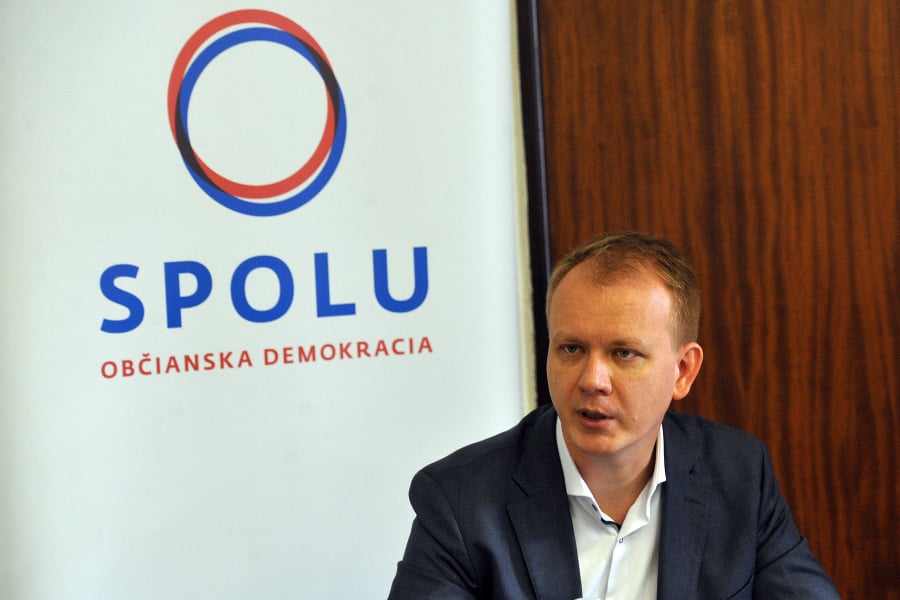 According to him, the increase in the minimum age for a constitutional judge from 40 to 45 years is an insignificant change. The government has today approved only "general formulations". "There is a lack of things advocated by independent lawyers and activists to make the process more detailed," he said. "According to this proposal, we elect a single vote for 12 years judges, giving the coalition a one-time provision of court composition for the next twelve years," he added that, according to him, it would be wise if a third of the judges changed every four years.

"We will support the proposals at first reading, but our final vote will depend on the shape of the last change, if the change is very small, we will not participate, we will change for the better, we will find ways to do it. improve" he added and underlined that he would also discuss with other parliamentarians of the opposition to reach consensus on the amendments.

The Government of the Slovak Republic today approved the draft amendments to the election of constitutional judges, submitted by Minister of Justice Gábor Gál (Most-Híd). The judiciary, however, faces a difficult task, since the coalition also requires the votes of opposition MPs. According to a ministerial proposal, candidates for constitutional judges must be at least 45 years old and must be elected by at least 76 members and a "generally recognized lawyer".

Moreover, they will have to master the foreign language of the world and have to undergo a judicial investigation – either by prosecuting, notary or lawyer, or regularly publishing in their field, or by being a scientist. The new conditions do not only relate to professional skills, but judges who elect Parliament after the new elections also have moral and value integrity. The candidate must also write a motivation sheet. This government proposal was presented by Minister Gábor Gál, but he can still propose proposals in the proposal.

The Petr Pellegrini cabinet (Smer-SD) rejected the draft amendment to the law on the operation of the Constitutional Court of the Slovak Republic. The proposal of the Minister of Justice, submitted by Minister Gábor Gál (Most-Híd), is to improve the functioning of the highest court in Slovakia. The approved material also includes a section on the maximum age of general judges, which is set at 70 years after a new one. By completing their judges, their function will automatically disappear. "The purpose of the bill is to create a new legal regime that will organize the organization of the Constitutional Court of the Slovak Republic, the proceedings before the Constitutional Court and the position of its judges in a clear and unambiguous manner, will contribute to the efficiency of the work of the court and will lead to a strengthening of the protection of fundamental rights, " the Ministry of Justice of the Slovak Republic declared on the approved proposal.

Bloody: We welcome salaries in the public administration, but still have shortcomings

Approval of the amendment to the law on public works compensation is positive, but the legal standard continues to contain some discriminatory provisions. He thinks the chairman of the extra-parliamentary party Spolu and the unnamed deputy of the National Council (NR) of the SR Miroslav Beblavý. "From January 1, when this law goes through parliament, it will be fulfilled for what we have been fighting for two years to get public workers a minimum wage, it is a bit of a shame in Slovakia that it took two years to fight for, but we are very happy that we succeeded, " he said at a briefing after the government met.

At the same time, he pointed out that according to labor law there are different levels of minimum wages in the private sector that depend on the content of the work. A higher minimum wage is also awarded for more demanding work. "The government has decided to save money by not keeping it, and employees in the public sector will continue to be discriminated against, which is not true and we will change," he said. Beblavý added.