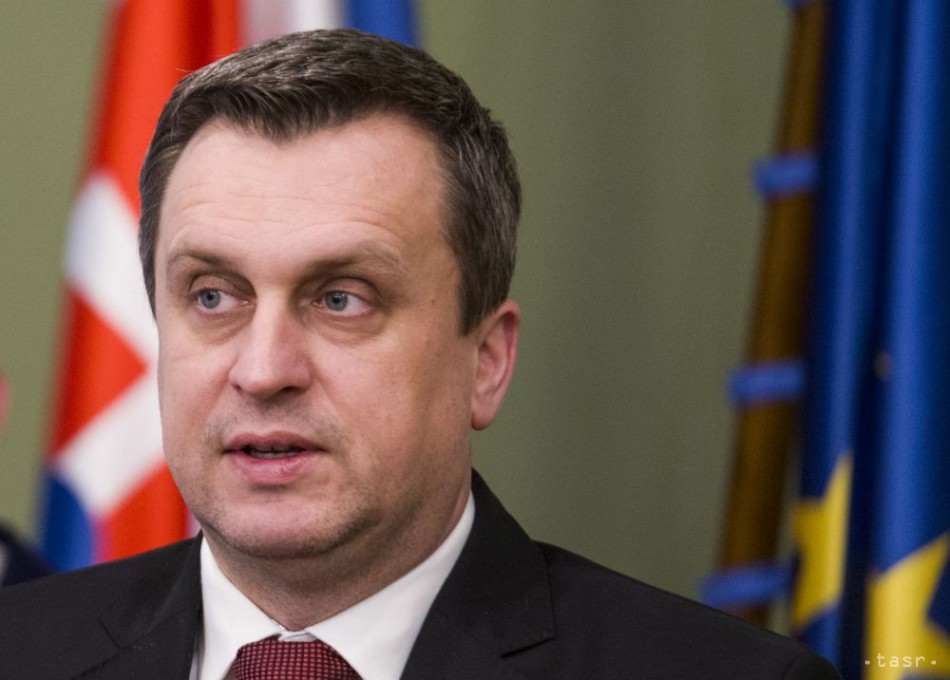 Bratislava, August 22 (TASR) – The most important factor of the campaign in the presidential election is to create a level playing field for all candidates, including the funding rules. "Presidential candidates are surprised, where some of them already take money for big billboards and campaigns, are really dozens and hundreds of euros, " said in a discussion on Tablet.TV chairman of the National Council (NR) of the SR and SNS Andrej Danko.

According to him, some of the candidates could hardly earn a living in their civilian life. He added that this does not apply to Robert Mistrik, who has demonstrated the financing of a campaign from a comparable portfolio that is behind one of the independent media. "I would like to know that the candidate has shown SaS Mistrík funding, but I do not see the other candidates" said Danko.

"We should check the campaign financing system, including the political parties, a new law, and the money they will use to be clear and transparent in the treasury," he said.

According to him, the Slovak National Party will come to the autumn with its own presidential candidate. Danko would still prefer a woman over this position, but potential candidates fear a negative campaign. "Engaging in such a fight also brings a big sacrifice, a lot of dirt and attacks, especially in the second round," said Danko.

A similar opinion was also expressed recently by Tablet.TV from MEP Pál Csáky, a member of the non-parliamentary Hungarian party (SMK), who has chosen not to represent his party as head of state because of the expected dirty presidential campaign.

Danko says that the CIS can give his electorate a free hand and refuse to give them a presidential candidate, as in the last election, a male candidate can agree or convince a politician. "I believe we will decide in the autumn, but if the CIS is a parliamentary party and I am the President of the National Council, it should have a candidate, but I do not think they will be a race. serious matter for Slovakia to have a responsible President who can represent Slovakia " said Danko.

In the discussion, Danko responded to the statement by Prime Minister Most-Hid Béla Bugar in Tablet.TV that, as the striking participation of Slovak institutions in the kidnapping of Vietnamese businessman Trinh Xuan Thanh from Germany, his party expats the government coalition. But if the conscious participation does not prove it, it will demand an excuse from President Kiska, opposition politicians and journalists who have spread this suspicion, even if they have no evidence.

"Each statement has plus and minus, with some parts to be agreed, others are up for discussion, I would say that if it is a crime, we will finally learn to respect the law enforcement agencies, we have the Attorney General, police judge, " said Danko.

"We need to give maximum cooperation to law enforcement agencies in Germany because we are EU Member States, we should not undergo any mutual accusations because we have so little information, but it must be clearly stated that the act must be condemned because it is impossible for someone has forced and dragged something, " said the CIS chairman. It is too early for him to & spells & # 39; spells & # 39; and take political decisions. He added that he had met with Prosecutor General Jaromír Čižnář and that the President of the National Council of the Slovak Republic had the right to SIS information to a certain extent and according to him both institutions were fulfilling their duties in this area.

To the question whether he trusts the objectivity of the research, Danko answered that, of course, yes. "We will not be Slovak anymore, we are still afraid of Slovakia, it is difficult for the country to live, I am proud of Slovakia, if we question our mechanisms, we will still be negativistic, so we will not build up further and a democratic state, "said the CIS president.

The entire discussion with A. Dank in TABLET.TV can be viewed via TU.

He added that if there are problems, such as law enforcement or the work of some institutions, their politicians at the level of coalition and opposition have to do with, but not with abuse, just to generate emotions.

"The problem with Slovak politics is that some politicians have come to think that it is exhibitionism and theater, that it is not a place for professional discussions, why they do it because they see that people enjoy it, become a circus politically. professional discussion, let's solve the timetable, let's solve the braking and counterbalance system, so there are control mechanisms here, maybe it's not that interesting for the media, but it would certainly help Slovakia, I believe people again will learn about the policy and solve those problems, " said Danko.

When asked about a state of mind in the coalition, Danko thanked that he worked. "For me two years in a coalition with such strong partners as Robert Fico and Béla Bugar are a great experience, I've only seen them on TV before and I've always said that I would like to have the opportunity to talk to them and things change, " he said.

"But my big objection is mainly focused on politics on the other side, where I think there is a lack of expertise, there is a constant argument that the company is going nowhere, the abuse of emotions, not the murder of two young people " said in a hint of the murder of investigative journalist Ján Kuciak and his wife Martina Kušnířová.

"I also said that the killer should be tracked down, it was a brutal and inhumane act, but we do not use it politically, there is one of the largest teams to investigate, it can not be grossly abused in a political struggle, who, unfortunately, sometimes go, " Danko said.

He added that it is a priority to promote the objectives of the CIS program and needs an agreement with coalition partners. "During the September session of the National Council of the Slovak Republic I have three laws and I have a clear vision on food, agriculture, education and defense in terms of our responsibility" he said.

"We will assign holiday vouchers to each employee, we will improve the 13th and 14th salary, to promote the VAT reduction, to enforce the law on political parties, that's important to me." It's a political compromise, "said he. he added.

According to him, the SNS also pleads for amnesty of execution, wants to simplify the construction of motorways and maintains a special levy for business chains. "That money will not go to the state bank anonymously, it has to go to the agricultural sector, for the construction of irrigation systems, insurance for the case of a non-crop and the like," the President of the CIS summarized.