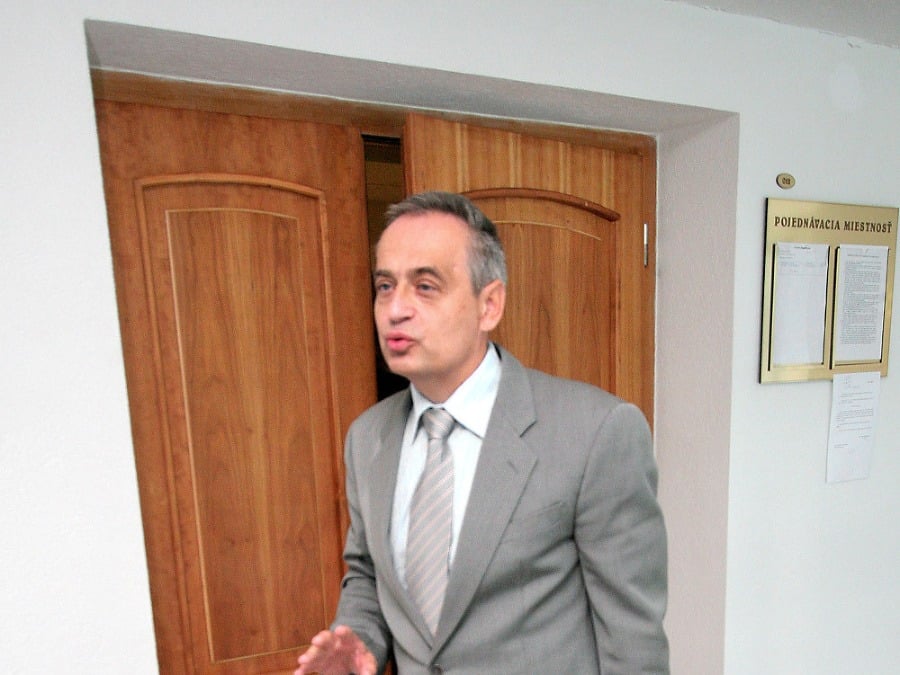 Researchers continue to claim that the death of Ernest Valk was not murder, but a coincidence that happened during a robbery. The investigation file is currently in the Attorney General's office, which will decide on the next case in this case.

According to the testimony of the testimony, Joseph R. had to shoot the Wing and the lawyer shot one shot in his chest. The murder weapon was in a water tank near Pezinok, where she found her in 2017 researchers. If I can blame Joseph, he gets 20 to 25 years in prison. The second accused is Jaroslav K., who threatens the crime of theft with a prison sentence of 7 to 12 years.

The motive was robbery

According to Zurian, every other motive is excluded as a robbery. At the same time, he praised the police for good work. "I would like to congratulate all police officers who have worked in this case for a well done job and the investigation was officially concluded with a motion to prosecute," said Zurian. Researchers worked with multiple versions, but eventually confirmed a robbery. "We have reviewed different versions, but confirmed the most likely, powerful dropout," Zurian added.

Police officer and investigators also praised Interior Minister Denisa Sakova. "I am very pleased that the police, despite the first burden of proof, contributed to the clarification of the crime, which has been traumatizing society for almost eight years, thanks to their hard and persistent work " said Minister Sakova.

The accused would have agreed in October 2010 to rob the house of a lawyer by doing the acts in his presence. They looked at his house and everyday habits. On the day mentioned they first released an unknown chemical through the window frame and after Valko returned home and opened the windows to blow up the scent, he entered his house and killed him with a shot in his chest. In fact, the perpetrators questioned his house, the suitcase, took Valko's legal firearm and left.

Ernest Valka killed on 9 November 2010 in his house in Limbach. Former President of the Constitutional Court of the Slovak Republic was one of the most influential lawyers and devoted himself to various sensitive cases. The fact that the motive of the murder was the robbery and the perpetrators of the wrestlers who surprised Valko, was previously pronounced by former police chairman Jaroslav Spišiak.

Reconstruction of the murder

Even in January, the researchers, together with the alleged reconstruction of the murder of Valk, were executed in his house in Limbach. The local population was present and police officers closed the entire area.

The reconstruction of the murder of Valk lasted almost four and a half hours, with a pistol on the roof, and a police helicopter watched the arrival of an escort.

Details of the robbery

According to the investigators, the charges had to be agreed to overthrow Ernest Valko because he had larger sums of money with him. For this purpose they have to keep an eye on his house and behavior. On November 8, 2010, Ernest Valka was arrested on his land and in the house to inject a smoke window through the window window and wait for his arrival.

After they had arrived at the house, but had not chosen to bleach it, they both had to leave the crime scene and repeat it around 6:00 PM in the evening. Ernest Valko arrived at 6.30 pm. and when he opened the entrance of the house from the terrace, Joseph R. had to take out a gun, give instructions to Jaroslav K. and both loads had to run to the house, go down, then Joseph R. had to shoot Ernest Valka and causing a left injury on the chest, which he suffered.

Joseph R. then had to take a short firearm that had been injured in legal possession and Jaroslav K. had to investigate his personal affairs. When no money expected for what they came, he found the two accused not from the crime scene. On the way they threw a rifle into the Kotliny water tank, which was shot dead. Jozef R. also had to drop Ernest Valko's weapon at his house and in the Kacisdorf reservoir in Pezinok.

The minister appreciated the case study

Minister of the Interior Denisa Sakova (Smer-SD) praised the ongoing work of the police in clarifying the murder of Ernest Valk. "I am delighted that the police, despite the first evidence, contributed to the clarification of the crime, which has been traumatizing society for almost eight years, thanks to their hard and persistent work" Sak said. He informed the press department of the Ministry of the Interior.