OBONA proposes to improve the quality of food in schools 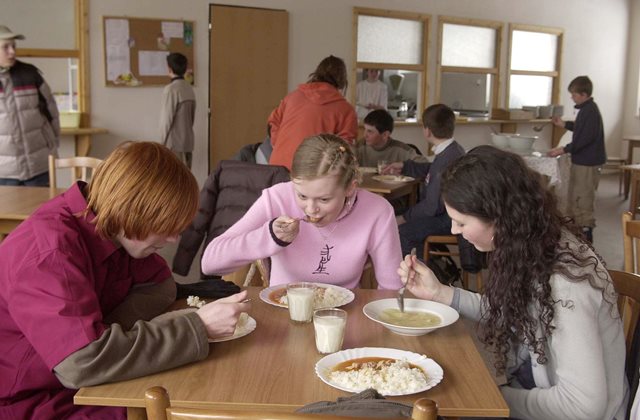 Members of the National Council of the Slovak Republic for the movement The ordinary people and independent personalities (OĽANO) want to improve the nutrition of the maternal, primary and secondary schools. That is why they are submitting a draft amendment to the Education and Training Act during the September session of Parliament (the Education Act).

As stated in the explanatory notes to the petition, the main purpose of the law is to offer every student a hot lunch for every school day and for every child in the last year of the nursery class, as well as for every day spent in kindergarten.

MPs of the Igor Matovich movement believe that bad food affects the health and well-being of children in developing their growth, health, cognition and behavior, while also causing emotional and academic problems in children.

"Providing a hot lunch will improve eating habits and learning outcomes, especially for pupils with a socially disadvantaged background and students from marginalized groups who do not have access to hot food," said MEPs, recalling that the party Government of the Smer-SD has already announced the coalition's ambition to introduce free meals for children in the last year of kindergartens and for children in elementary schools. This measure would cost the state 106 million euros.

"Therefore, we propose that the government intends to spend this money on boarding schools and school facilities to ensure that children and students get a good value for this financial contribution in the form of a hot lunch."

Children who are in kindergarten and primary and secondary schools in the last year should receive a free lunch from the beginning of the following year. At the press conference in June, Smer-SD chairman Robert Fico spoke about social measures after the chairmanship of Smer-SD. According to Fico, the state will cost about 106 million euros per year.

As said, the children's bonus for one child is about 1.2 euros per day, and for two school children the family can save 500 euros per year. He pointed out that about two-thirds of the students attended lunch. "There is a social diet that costs us 10 million euros a year," Fico said. Peter Kažimír, Minister of Finance, said during lunch at kindergartens and primary schools that he had a learning path for children who had completed school attendance.