On the hard to reach terrain of Podbrezová forest 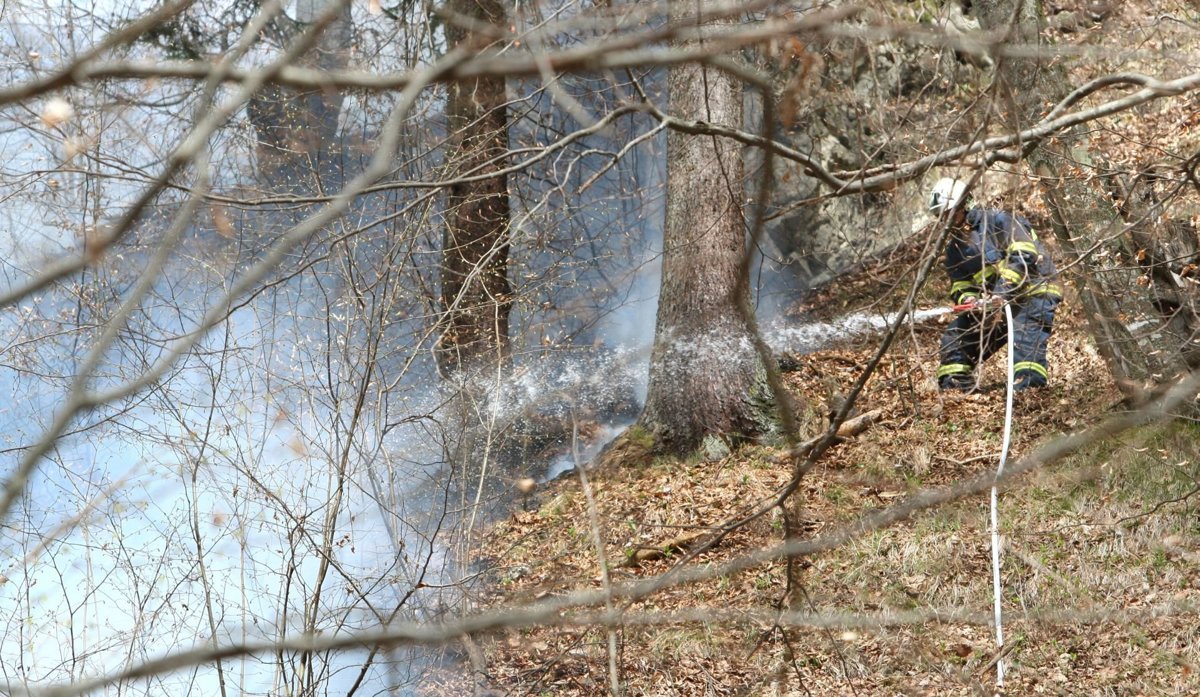 Firefighters have already located the fire, but remain in place.

Podbrezová. In the Šiklov area near the forest of Podbrez. The operations center of the regional fire brigade and fire department indicated that the fire had been absorbed in difficult terrain, about 300 meters from the national road to Brezno.

Firefighters have therefore also noticed the police because of the fall of the stones on the road and the traffic in this section is regulated by the police.

On the spot, eight members of the District Fire and Rescue Brigade District Office are involved in three devices and also volunteer firefighters from Valaska and Brusna.

Director of the Brezne Fire and Rescue District, Ivan Švantner, reported that the fire had been widened on a terrain of around 40 x 200 meters on a very demanding terrain. "The exact cause of the fire will be determined by the detector," he added.

There are dwellings near the site, so it is assumed that the fire could spread as a result of human activity.

"Although we have located the fire, the firefighters are still in place, check the space and extinguish new firefires," he added.