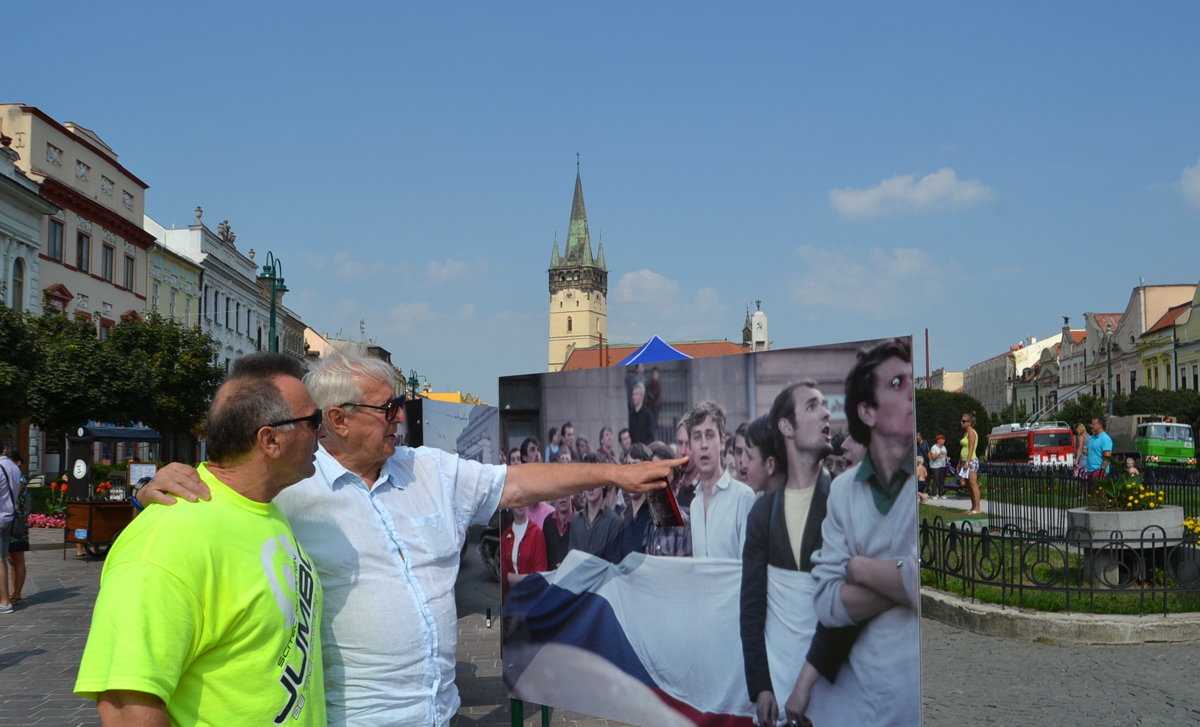 Prešovčania recalled events in 50 years in an exhibition on the square.

Pres. The August troops invasion of August 1968 is best known with black-and-white photos.

In Prešov, however, many colorful photographs appeared after many years that captured these events thanks to an unknown photographer.

The exhibition awoke the memories of different Prešov citizens.

Her authors are now looking for people who have found themselves in contemporary photographs.

The exhibition takes place on the main square of Prešov and the initiator is František Oľh, who discovered color photographs from August 1968 onwards.

They capture the tense situation in Prešov streets.

"We have found nine slides that have been postponed from & # 39; 89 from the year in which an unknown author brought them to the editors, and gradually they had always been cool somewhere, they were also in Prešov newspapers. When we sold the newspaper "Prešovské noviny", we took our stuff and the slides were in our company, "Ohlha said.

According to him, just after 50 years of this event, it is time to present these photos in public.

"The point is that Prešov is especially remarkable because, in a moment of dramatic moments, a photographer who had a color film and the technique he knew to take a picture and discovered that he did, did not end up in jail, "He explains.

According to him, they are not only unique for Prešovčany, but also for the whole of Slovakia.

"We did not have the chance to take some color photos of that time, because the slides were an extraordinary thing," says Ohlha.

They are looking for people from photos

The soldiers passed Prešov, but the photographs show how people fought and tried to block them.

"They stayed here for more than two hours and struggled to get through, even the soldiers did not want to go to those people, but they had orders, they also used the burning car that was lit after shooting, and the troops used it. to push him against the people because they did not want to go out with them ", he writes.

The exhibition attracted interest in many people who came to remember.

"Most of the feedback is positive, people remember this period and tell stories when they stopped, the soldiers were disoriented and did not know where they were, and we had a negative answer that we do at all, the people who invited them today, are in power today, "says Ohlha.

They are now trying to identify people from these photos who can finish this piece of history.

"It would be good if we could identify someone, take a picture with them in the same place and compare them with the present, when they were about 20 years old, they have 68 to 70 today. master who met a picture, but it's not just in Prešov, we also have two tips to pay attention to, "he said.

The exhibition was organized by František Oľh younger, who was not yet in the world.

"We were caught by it, we went to the settlement with our wife and son, and when we came to the power station, the students stomped their way, it was a huge confusion, the Russians wanted it to crack, they went to their tank and started shooting, then the tank was lit and we ran away, making it easier, we hid in the gate of the Bosakova bank, it was fear and helplessness, "says Oľha Elder, who was 24 years old.

Marta Servatkova, who was 15 years old, also remembers these events.

"I used to be on the Sabinovska street and my mother got the pears to curse." Suseda went with a big purchase and asked why he had so much food with him, she told us there would be a war. "Mamina sent me immediately going to the sanatorium because we had coats for the winter I walked through a big intersection, but there were tanks, so it was not so easy to get through, in the end, I said, but I could not take off my coats when I lost my ticket, so I went back home crying, "she says.

He and his mother bought on that day because they were afraid of war.

"I remember when I brought pears to soldiers, when I came back, my mother said they still needed water, my brother turned and went to the soldiers with the water, and Mom said that these soldiers could not do anything. So we helped them, "said Ms. Servatkova.

However, there are no good memories of the period after August 1968.

"It was a very bad time, I went to the hotel school and in the first year I left Russian because I did not want to learn a Russian poem, I also had an aversion," she says.