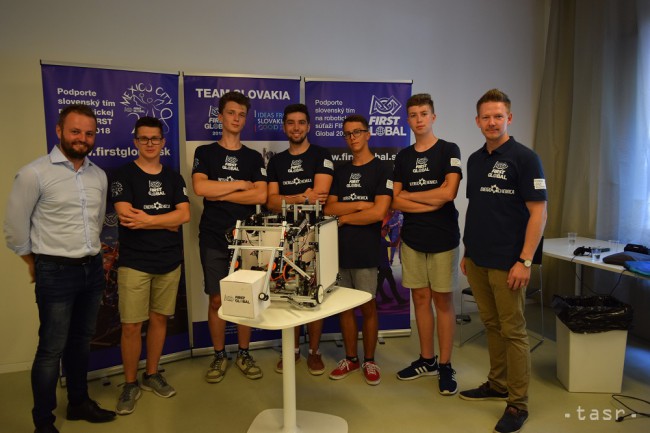 Bratislava, August 22 (TASR) – The award of Slovak high school students who participated in the International Robotics Olympic Games in Mexico in August won the Judges Award – Technical Award. This is awarded if the jury wishes to appreciate the efforts and achievements of the team in terms of technical skills and abilities. TASR was informed by Simona Kock from Neopublic.

In Mexico, students from 193 countries met each other. The Slovaks competed with the robot Aurel, named after a well-known scientist, mechanical engineer and constructor Aurel Stodol. The largest number of points this year was won by teams from Romania, Singapore and Moldova. The winning alliance of the entire tournament was a group of three countries – Romania, Singapore and Germany.

"The Slovak team was in 62nd place and despite the fact that it was not, the place of the students got more points than ten teams, but the Olympic Games will be the winning matches, not the point victory, where the Slovak team will be good. in wax, Kock said. Nevertheless it received a prize for prizes for high school students. "We value this award and we regard it as a token of recognition and appreciation for technical progress and the innovation of robot construction, motivating us to become even more enthusiastic about robotics and confirming that our efforts and work are meaningful" said Adam Kukla's mentor.

This year's theme of the Robots Olympics was the impact of different ways to produce electricity on the environment. This included a league game – Alliance teams tried to produce energy.