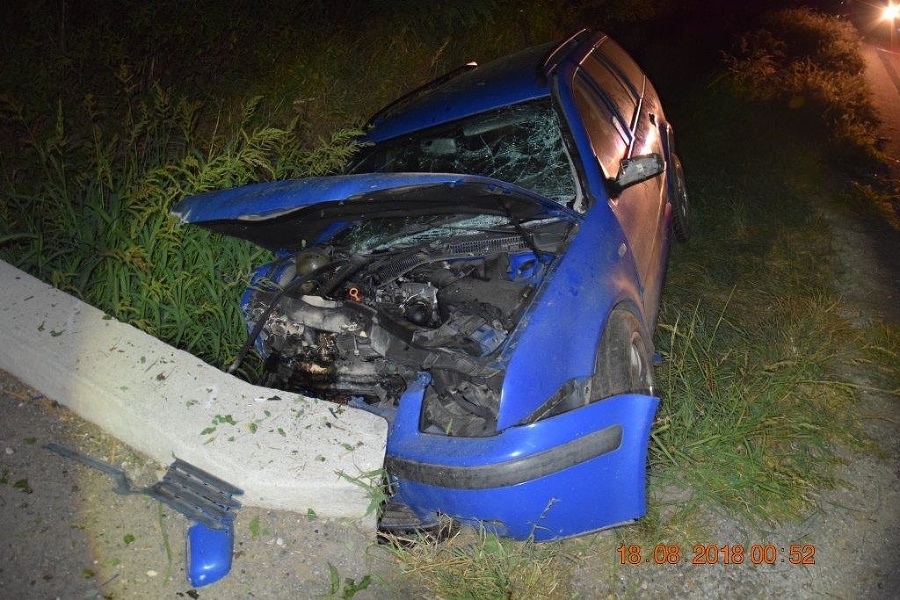 The first happened shortly after 13.00 in Košice. According to police findings, the 54-year-old Trebišovčanka drove a passenger car in Jantárova Street, marked as the main road. "After crossing the intersection of Jantárova and Rosná street, a 20-year-old motorcyclist, who was walking in the opposite direction of Jantárova street, was hit, according to a preliminary medical report, the motorcyclist was badly injured, the body of the driver was not injured, and the presence of alcohol in one of the driver's was not " said the spokesperson. Provisional damage was estimated at 6000 euros.

The second traffic accident took place shortly before 16:00 in Trebišov, where a 44-year-old man from that district led a personal motor vehicle crash. Peugeot 406 in the right lane of the double jet route to the village of Milhostov. At the same time he went on the left lane with the car brand. Citroen Berlingo and the 61-year-old Trebiščan. "From a previously unknown cause, the driver of the Peugeot 406 vehicle started to take the other side of the road, which led to a collision." According to a medical examination, the driver of the Citroen Berlingo vehicle had serious injuries, Ivanova said. The breath tests performed were both negative. Provisional damages in this case are at the level of EUR 5,000.

The last incident happened around 23.30 hours. From a previously unrecognized cause, a 37-year-old man from the district Trebišov led a car from the city of Trebišov to the village of Hraň from the road to the river and hit a concrete mourik. "According to the preliminary medical report, he suffered serious injuries in a traffic accident," said the spokeswoman, and said the breath test had a negative result. The preliminary damage was estimated at 2500 euros.

"In all cases, the police began to be prosecuted for health damage, the exact cause of traffic accidents, the more detailed circumstances and the degree of debt, are the subject of further investigation," Ivanova said.