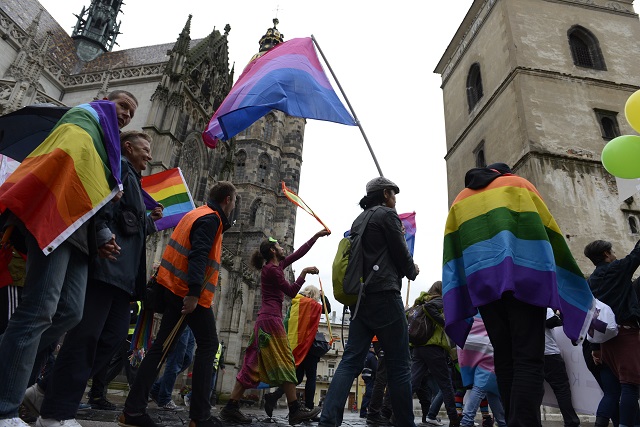 Two events will be prepared in Košice on 1 September. One day the church will be organized by Anka Kolesárová – a service of purity. Anka Kolesárová, a girl from Eastern Slovakia, refused the Soviet soldier who tried to rape her and then put her on her lap.

The church emphasizes the choice of a young woman who rather dies, how she should be raped by soldiers, for whom her virgin purity was so important that she chose to protect her, even in such an extreme situation as an armed conflict and lurking death.

This reference to the young girl encouraged thousands of young people to have premarital purity in relationships with the highest responsibility not to commit premarital sex, but to keep their virginity clean until the wedding.

Most young people, especially non-believers, are just as much a reminder of the quality of old-fashioned, old-fashioned, modest, outdated lifestyles. However, the more irritating this connection is to liberals and sexual extremists. To hide the abnormalities of their sexual excesses, they try to promote them as a standard and organize various actions for their support. Regulating deviant sexual behavior, abnormal sexual relationships, making norms, and forcing society to accept this deviation is the basic goal of these actions.

The sexual extremists were so annoyed by Ankara Kolesar's call to plan their Rainbow Pride on the same date as her bliss.

Rainbow Pride becomes the second event next to salvation on the same day.

Since there are two different, diametrically different stocks, there is a great risk that a conflict breaks out, which would be a great sex extremist, and why their action can also be planned for that day.

On September 1 a large crowd of believers will roam in Košice, most likely in ten thousand. A few dozen sexual extremists are fighting against him.

Although Christians will celebrate such a great celebration of their faith, they are certainly very peaceful, it can not be excluded that some provocateurs are involved, and they do not even have to be from one camp and they will meet groups.

It is precisely because of the safety of the sexual extremists and their supporters that the city of Košice should consider whether it would be more appropriate to cancel the Dúhový Pride on 1 September and move it to another term. Such a decision would be in the interest of believers who are not exposed to unnecessary provocation in the interests of the physical integrity of sexual extremists, and in the interests of a city, in order to prevent possible negative events and damage to the story.

It is sad that sexual extremists have decided to abuse the feast of the church to provoke and cause tensions. If they have no reason, we call on the city of Košice to intervene and take the necessary measures to ensure the peaceful and undisturbed course of the embellishment of Anka Kolesárová.