The frivolous case of a bitch in Košice has an unexpected dissolution: VIDEO Another threat of violence 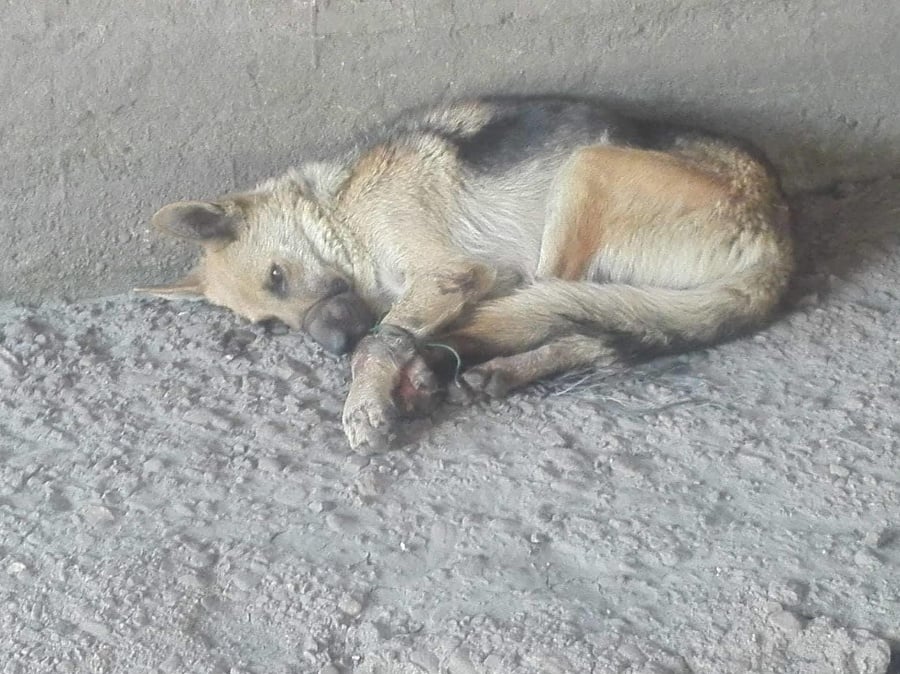 Please note that photos are not suitable for minors and sensitive characters.

After the child was found in a poor state by workers in the Kosice shelter, they called in witnesses to report all information to the police. That's how it happened and the police in the village of Sokolean drove a young man who was suspected of committing this horrible act. According to a witness who identified the perpetrator, the woman probably should have drowned, but it would have given her water.

Police of the young man, who is the owner of the dog on Wednesday, held and heard. But at the moment it is free.

"In connection with a media house in the village of Sokoľany in the Košice district, where the police patrol officer OO PZ Čaňa was broadcast on the basis of a notification to investigate an event concerning the suspicion of animal cruelty, the case was handled by a researcher of the criminal police department OR PZ in Košice okolie, who has started a criminal prosecution for violating animal abuse in this matter " police spokesman Jana Mesarová informed.

According to previous findings, the unidentified offender has violated the animal, so that his legs and snout are stuck to the wire, causing the animal to be unable to receive food and liquids for a number of days, making the animal in a particularly cruel way. serious, numerous injuries and worsened health.

"The police documented the incident, worked on the case, found the owner of the dog and heard the case, is currently carrying out the necessary procedural steps and gathers evidence," Mésarová added.

Linked as a bag

They found the woman under the bridge on Monday. She lay there with different threads and spaghetti. She could not move or eat. The rescue probably came at the last minute, the bitch, according to the vet, had to last about 3 to 4 days. Such a violent act threatens the perpetrator to 5 years imprisonment.

"He has deep cuts on the chest limbs, fortunately the wire does not damage nerves or blood vessels", said the hiding place with the fact that the 4-day wounds were dirty and rotten. "There have been worms already," he added the hiding place.

The female is currently being assembled. "From the start she wanted to steal all of us, but we do not even think about it, she is still drinking, she is drinking, she can even laugh" informed about the reception. The wiped animals are exemplary and they are now interested in hundreds of people who want to give it home.

The Animal Ombudsman organization is about to file a complaint against the decision to release the female owner. "We have a reasonable concern that we not only continue crime, but also influence the witnesses who have given it, it can also hurt them" says the Ombudsman Zuzana Stanova. "No one can know what such a person is capable of when he makes this animal," he adds.

Staa claims that despite the fact that the dog owner prevents the act from failing, the witnesses immediately saw him in the act of aggression. "We will certainly do everything in our power to get the perpetrator punished," says Stan.

According to her, violence is increasing, not only against animals, in Slovakia. "In the past six months, aggression and cruelty of attacks have escalated, not just what animals are about, but people attack a different orientation, killing you on the streets because they do not like clothes," explains Stan.

On the other hand, the activity of citizens also increases. "They are more involved, they are not indifferent to them" supplied by the Ombudsman.