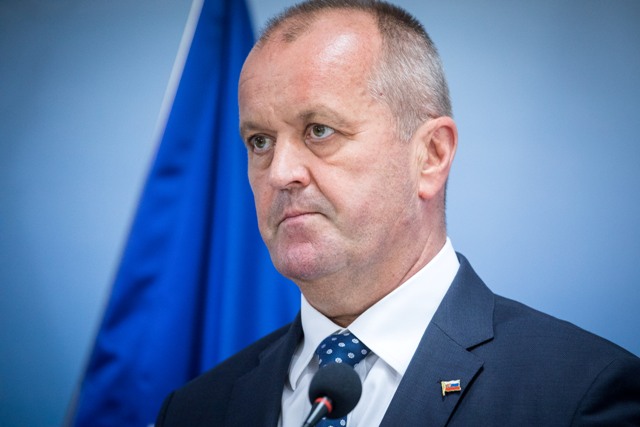 The Ministry of Defense of the Slovak Republic changes the standard of living not to use the uniforms of the Slovak armed forces for other organizations, such as the paramilitary organization of the Slovenian branch. According to Minister Petar Gajdoš (SNS), new clothing and outfits will be marked directly by the manufacturer, produced only for the Slovak armed forces. The Minister also added that the Ministry of Defense in this area will receive the necessary amendment of the legislation in this calendar year. According to the competent authorities, the Ministry of Defense also has the copyright on the security features that are currently on military uniform. Its use would be a crime or a crime if new legislation is introduced.

"The current equipment will not be legally used by anyone other than active soldiers or soldiers in active progress.We want to adopt this legislation this year.I want to emphasize that we are the patent holder of a military camouflage camouflage," the minister added. . Gajdoš also reminded that the new legal regulations do not directly affect fishermen or hunters using older masked patterns. According to Gajdoš, they are arrested by the Slovak armed forces and soldiers do not use them.

On July 23 of this year, Minister Gajdoš gave the initiative to the office of the Slovak Republic to the public prosecutor's office. The Ministry of Defense also demanded a return of the dismantled military equipment currently in the buildings of the village of Dolná Krupá. An important role in the rental of dismantled military equipment was played by the head of the Military Historical Institute, Miloslav Čaplovič, who signed a contract with the Museum of historic vehicles Trnava, where he is the manager of Jozef Hambalek. He is the owner of the area mentioned, where military technology is currently present. Moreover, Čaplovič has not informed his superiors or Minister of Defense Petr Gajdoš about the signing of the contract with the Hambálka civic association. The ministry also ordered the inspection of the technology currently in the museums and also requires the return of technology from the motorcycle club area towards the end of August this year.

The Russian motorcycle club, known as Night Wolves, has also been established in this area. Some media also brought aerial photos of military technology at this time in the area. Aleksandr Zaldostanov, a former surgeon, is a personal friend of Russian President Vladimir Putin and is subject to anti-Russian sanctions adopted by the US and Canada. The Night Wolves Club is known for Russian nationalism and has openly supported the annexation of Crimea against Russia and the subsequent pro-Russian uprising in the east of Ukraine.