The NRSR must approve the membership code 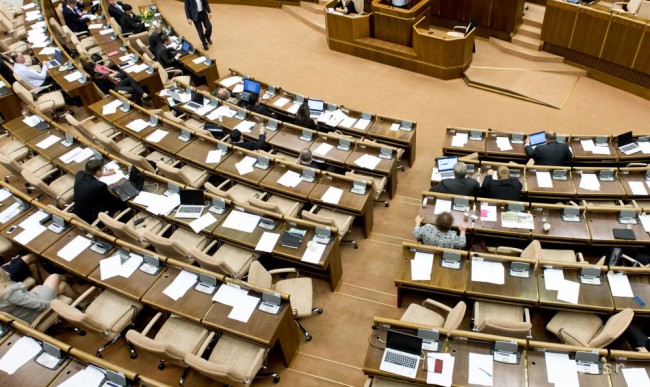 Bratislava, 25 August (TASR) – The National Council of the SR must adopt the member's code of conduct before the end of the year and prepare an amendment to the Constitutional Law on Conflicts of Interest, through which the members can be effectively controlled He is talking about the draft measures to ensure compliance with the recommendations of the Group of States against Corruption (GRECO) for the Slovak Republic in the fourth evaluation exercise, which is in the inter-ministerial commentary procedure. It was prepared by the Ministry of Justice.

According to GRECO, Slovakia still has shortcomings in the prevention of corruption of members of the National Council of the Slovak Republic. They lack the law on lobbying, the ethical code of the member, special rules for parliament, such as receiving donations from members, but also better control over conflicts of interest or ownership assignments to government officials.

In the past, several political parties have approved such proposals, but this has not been successful. For example, there is a working group to prepare for a change in the law on conflicts of interest, even with stricter ownership declarations. There have been several such novels in parliament, but these have not been adopted.

"The biggest shortcomings remain with regard to the prevention of corruption of the members of the National Council of the SR, where three recommendations have been partly fulfilled and two recommendations have not been fulfilled at all" says GRECO. The most serious persistent deficit in terms of members is the lack of transparency in the legislative process in Parliament.

"Especially in the area of ​​contact between members and third parties who aim to influence government policy in the name of partial interests (lobby rules)." says GRECO.

GRECO's failure to ascertain whether the rules on conflicts of interest, ownership declarations and other obligations and restrictions on members of the NRSR are being complied with and complied with seems inadequate. GRECO refers to those enshrined in the constitutional law on the protection of the public interest in the performance of public officials.

Slovakia has been one of the founding members of the Group of States against Corruption (GRECO) since 1999. Its aim is to enable Member States to better fight corruption and to check regularly that their activities comply with the Council of Europe's anti-corruption standards.