There are almost 700,000 pupils in school lounges: Parents, write these conditions well 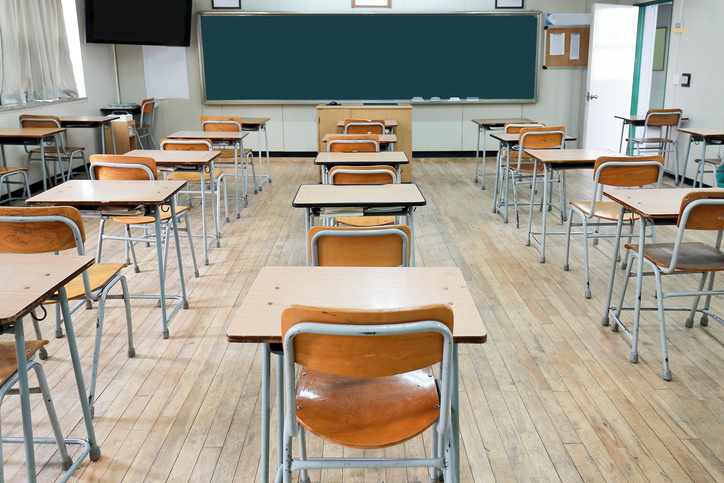 "The first time students go to school for the 2018/2019 school year will be about 56,700," said in an interview minister of education, science, research and sport Martina Luby (nominated CIS). She added that about ten percent of the children had been postponed, so they decided not to attend the first year.

School children pass through the gates of more than 2700 schools. "There are about 2000 primary schools, this number does not change much from year to year, usually state schools," said the minister. More than 700 secondary schools are taught for more than 199,000 students. The new school year starts on Monday 3 September.

Important dates for all school children

The testing of pupils in the 5th year of primary schools takes place in the school year 2018/2019 on 21 November of this year. The nationwide testing of deviataks, also called the monitor, takes place on 3 and 4 April 2019. This follows from the pedagogical and organizational guidelines for the 2018/2019 school year, published by the Ministry of Education, Science, Research and Sport at your website.

The testing of the piatake will take place in all primary schools of the Slovak Republic of subjects such as mathematics, Slovak language and literature, Hungarian language and literature. "The pupils of the fifth year of primary school, including pupils with special educational needs, except for students who have been trained according to educational programs for pupils with intellectual disabilities, said the education department. The purpose of Testing 5 is the initial assessment of the knowledge and skills of students at the beginning of lower secondary education. Tests will give schools feedback, because the students are ready to go from primary to lower secondary education.

In the first day of school, the capital, in cooperation with DPB, provides free transport of public transport for all school children and their supervisors on Monday (September 3) free of charge. This applies to all connections and for 12 hours. It informs both Bratislava and DPB.

At the beginning of the school year there will also be changes in the public transport network in Bratislava and the strengthening of the lines. From Monday all connections with public transport go to working days mode. "The transition to the new graphic display means that the traffic is also being renewed for the special public school lines" DPB said. Since Monday, a new line 36 has been introduced to connect Záhorská Bystrica and Dúbravka via Bory Mall. It will also serve the location of the mountain Strmé. This will result in strengthening the traffic service in this area, while at the same time route 37 to the steep turret will be canceled.

"Račianska radiála will then be reinforced by a tram line 7, which will run at the beginning of the morning with an interval of four minutes, creating a new connection between Mierová kolonia and Nobelova Street on line 58, specified the transport company.

The safety of school children is supervised by city agents

For the safety of school children, the city police officers supervise the first day of the new school year in Bratislava. This was announced by the City Police spokesman for the city of Bratislava, Peter Pleva. "Police patrols of the city will supervise the selected primary schools to arrive safely to their students through pedestrian crossings or to leave safely at the end of their school time" he said.

Because school children have to behave in traffic, city agents explain them as part of regular traffic education with their own mobile transport field. "It is important that children can behave safely in traffic, either from the position of a cyclist, but especially from a pedestrian position," she said.

It is important in his words that the child, before entering the road, must be convinced that the driver really gives him a pedestrian crossing and thus makes it safe to go from one side of the road to the other.