There is a large concert hall in the Dome of Art 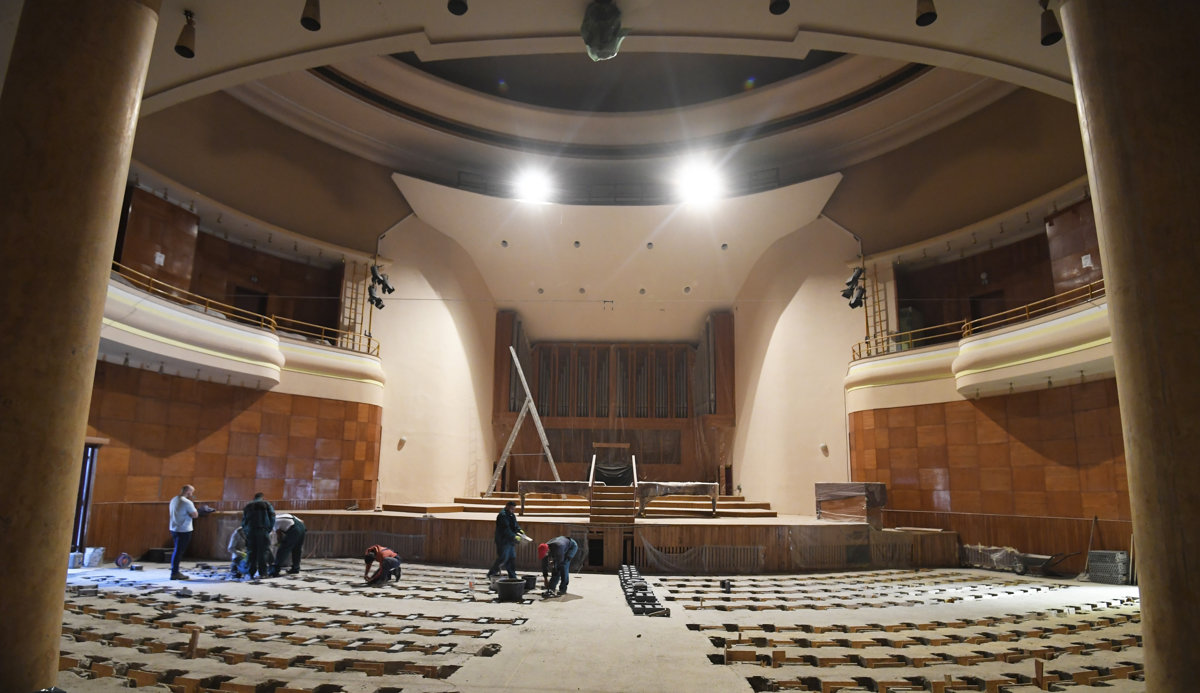 Kosice. The Great Concert Hall at Kosice House of Art is currently being renovated.

As the director of the state philharmonic orchestra Košice (ŠFK) Július Klein said, after more than 55 years the chairs have changed, the floor coverings have been repaired and ventilation holes have been provided.

The reconstruction was granted by the ŠfK to about 200,000 euros from the Ministry of Culture of the Slovak Republic.

Chairs do not bump into the new season

As Klein recalled, the 50-year concert season of the ŠfK starts on 24 October, but new seats are not being installed.

"At that time we will be dragging about 350-400 chairs that will be in the House of Arts for about two or three weeks, and we ask for the clemency of the audience, but I believe they will hold out, and at the end of November, if everything goes well, they will be sitting in the new comfortable seats, "he said, without public tenders.

"The unsuccessful tenderer has lodged an objection, but it is now clear who will become our seats. In November, Germany leaves Germany less than two weeks before a concert line and we assume that everything will change at that moment," he said. .

According to him, the way of ventilation will be solved over the years.

"In the 80s, when the central house was in the house of art, all ventilation openings were blocked and since then the air in the main hall has not been circulating, in the next few months, after the opening of the concert hall, we will have the ventilation shafts cleaning, we will give the technique – that worked from the beginning when the House of Art was built, that is to say in the early 1960s. We open the circulation and we can open a small space in front of the big hall of the building. House of Art, "Klein said.

As he has added, ŠfK will, if necessary, use its own facilities to finance the extension.