Slovak and Czech films at the MFF Bratislava

slovakia November 13, 2018 slovakia, Zabava Comments Off on Slovak and Czech films at the MFF Bratislava 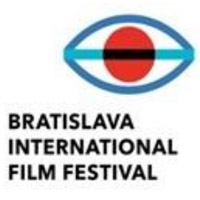 From 29 November to 2 December 2018, the Bratislava International Film Festival will take place in the Lumière and Mladost cinemas in Bratislava. One of the supporting sections is Made In CZ / SK. In connection with the recent commemoration of the founding of the Czechoslovak Republic, it reflects the continued and successful cooperation of filmmakers from two neighboring countries. This year he will present a number of current recordings that have also emerged in the Czech-Slovak co-production.

Everything will be (All will be, 2018) is part of one of the most talented contemporary Slovenian-Czech directors Olma Omerz, who will personally present the Slovakian premiere of his film at the festival. She brings a road movie about the friendship of teenagers Mary and Hedus. Despite their age (14 and 12) they steal a car and make an adventurous ride. When Mara catches the police, the road to freedom melts away. The viewer can, however, think of the stories at the police station that are real and that are only hand-made boyish ideas. For the coming year, this film will represent the Czech Republic in the Oscars. Three years ago MFF Bratislava introduced the film "Family Film" within the competition section, for which he won the Czech Film Critics Award as co-author of the scenario.

King Skate (2018) is the first long-term documentary about skateboarding in socialist Czechoslovakia. Film director Šimon Šafránek is a journalist, who is also inclined to make music documents and video clips, which is also clear in the picture. The authors represent a subculture that expands in the 70s and 80s, the young people who try to reach freedom and do not lose their lives, despite the prevailing lack of freedom caused by the totalitarian regime. The authenticity of the film adds a number of black-and-white photographs of the archives of amateur artists to the current actor's cast and a carefully selected, striking soundtrack. The film premiered in Karlovy Vary – one of the most important centers of pre-revolutionary skateboarding. The director of the film comes to Bratislava and will present his film in person.

The Czech director Tomáš Bojar will also attend the festival with the film Extraordinary (Extraordinary Report, 2018). The documentary film captures a hectic day in two different news editors waiting for President Milos Zeman's statement to go back to the office. It provides insight into the background of work in the editorial offices of Czech television and Hospodárske noviny and raises questions about the objectivity of news. The display of the same event may not be the same. In 2012, Bojar (as co-screenwriter) presented the film Two Zero at the Bratislava Film Festival.

In the section of Czech and Slovak films, chamber music Talking with TGM was also recorded (Jakub Červenka, 2018). The historical feature film is based on the homonym publication of Karel Čapek, where he presented the life of the first Czechoslovakian president, his political, religious and philosophical views. The film describes the meeting of the two giants of our common history, their walk in the park of Topoľčany. The politician is not allowed to make a ready-made book that exposes him too intimately, the writer convinces him that the president is just a man of flesh and bone and that the people have the right to get to know him better. The role of Masaryk is represented by the famous Slovak actor Martin Huba, a winner of the prizes for years of artistic production and the holder of a memorial stone on the Film Walk of Fame for the PO Hviezdoslava Municipal Theater, which received the prize at the closing ceremony of the 18th edition of the MFF Bratislava. The work of Karel Čapek was performed by a Czech actor, director, screenwriter and musician Jan Budař, holder of four Czech Lion statues, best known for the film Nuda in Brno.

The International Film Festival Bratislava was founded in 1999 and annually creates space for meetings of the general public, cinemas and film professionals from Slovakia and abroad. Since its creation, it has developed the identity of the Young Film Festival – an event with an ambition to discover new names of contemporary cinematography, which are the best path to becoming future stars.