A hidden camera: would you dare to cross the railway? #video 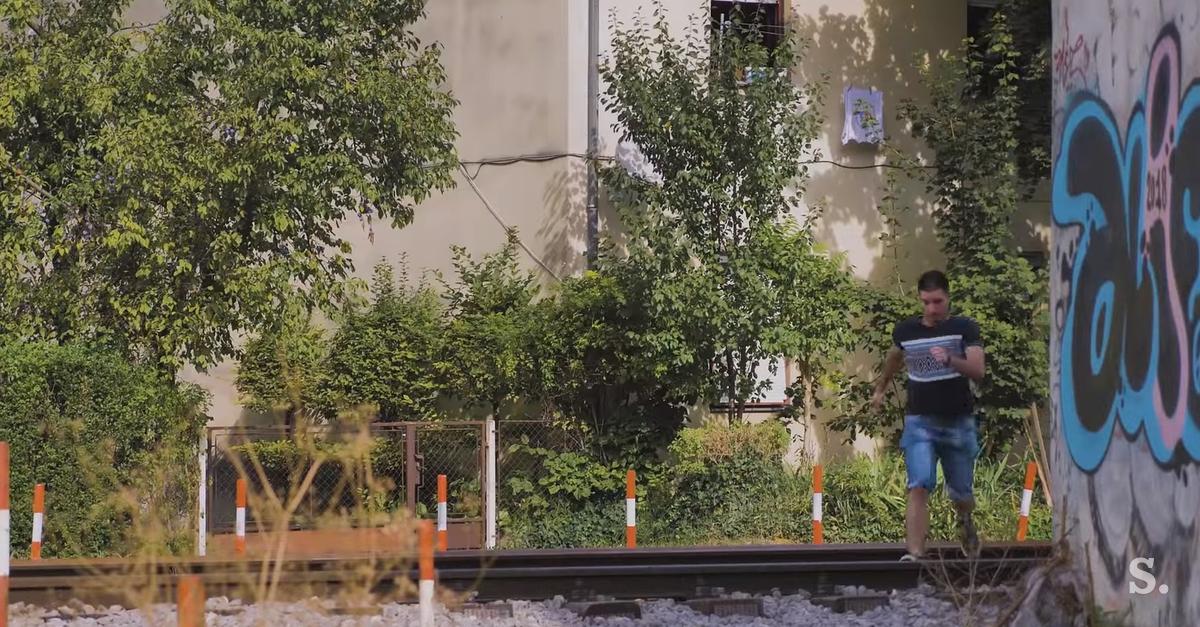 Dunking Devils team members have repeatedly published videos in the world of the leading acrobatic group in which they also perform stunts in trains. This time, hikers who took pictures with a hidden camera were placed in the leading role. In collaboration with the Slovenian Railways a huge loudspeaker was built along the railway line and with the sound of the train those who crossed the tracks outside the marked passage were frightened.

The passersby of the passers-by were recorded with a hidden camera and merged into a video made in collaboration with the Slovenian Railways. As part of the European Mobility Week, they want to point out to the public the danger of crossing railway lines.

"The fact is that many people still pass through the gates outside the passage, which is not only illegal, but also deadly," Dunking Devils said.

Miha Butar, Deputy Director General of the Slovene Railways, said that road safety should be the vanguard. "Every crossing of the tracks on unprotected crossings is a very dangerous matter, so this year we will focus our attention on safety in this year's Mobility Week. I want the message of this campaign to reach as many people as possible and remember that we can do the most for safety by complying with the rules and attention in traffic It may not be worth reminding those who use mobile devices while driving in a car or along the traffic routes to do so safely while driving in the train, "says Butara.


Slovenes was very enthusiastic about Zuckerberga with #Xtreme


Hidden camera in Ljubljana: he tried to steal a bag, helped someone? #video


Hidden camera: the passers-by were therefore in the role of waiter #video


The Kranj watch is only a "media experiment", the police invites the author to report #photo