slovenia December 5, 2020 slovenia Comments Off on Sony wh-1000mx4: their name alone is unattractive 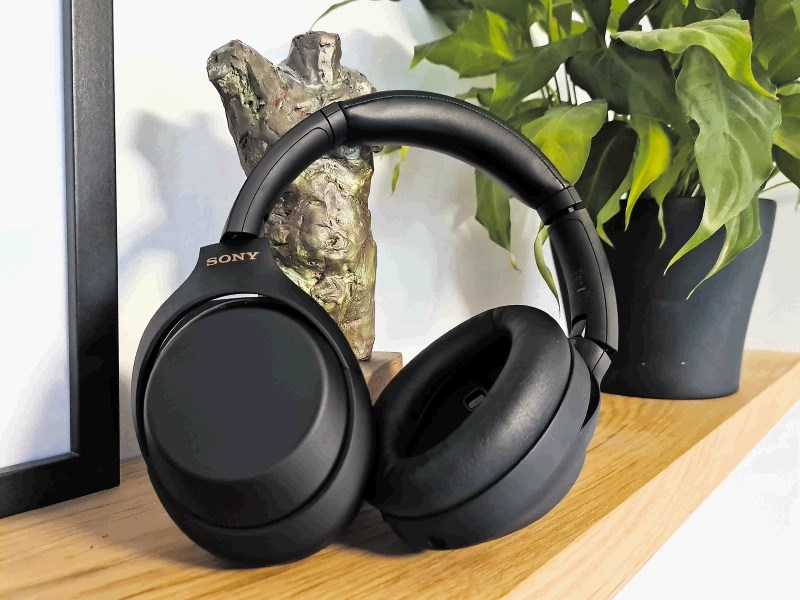 Sony’s new premium wh-1000mx4 in-ear headphones hardly differ in design from their WH-1000mx3 predecessors. Both colors of the models (silver and black) remained the same, with the same copper details. As owners of the wh-1000mx3 model, during the test of this year’s version, we often looked confused as to which headphones on the cabinet are actually new. On closer inspection, it is noticeable that the company has slightly updated the shape of the headphone pads, which are very comfortable to wear. Especially when it is not warm. In addition, they are separated by a very small inscription wh-1000mx4 on a plastic plate at the base of the bow. More visible, however, is a new sensor in the left earphone that detects when you have headphones on your head and turns music off when you have your headphones off.

The headset continues to be operated with touches or gestures on the surface of the right handset. You can continue to change music, turn it up or down, answer calls or turn off external noise canceling and turn on ambient sound when you are talking to someone or want to listen to what is happening outside your technology generated peace bubble. Here too we are impressed by the ease of the initial connection or getting to know the headphones and mobile phone via the NFC contact. Simply lean your mobile phone against the NFC logo, the devices will be recognized, you will feel the vibration and the phone will tell you that the wireless dating process is complete. This should have all headphones and all other devices with bluetooth connection.

They recognize speech and stop music

One of the headphone’s most notable innovations is the new “talk and chat” feature. Using five built-in microphones, it detects when you start talking, automatically stops playing music and reproduces the surrounding sound. Music playback will resume 30 seconds after the call is ended, the timeframe can be adjusted in the Sony headphone connect application. The feature is very useful when you have your hands full and cannot take off your headphones, but in practice it works very well. Although we noticed that the device sometimes even recognized when someone else spoke to us and the music stopped. This can be an advantage, but also annoying. It can also be a distraction for people who often talk to each other. In this case it might be better to rule it out.

Another novelty is the improved hands-free experience. The voice is clearer now than with the trio, but it can be a bit robotic. But you probably don’t mind. Another important novelty is the possibility of simultaneous Bluetooth connection of headphones with two devices, allowing for fast switching. However, we continue to lack water resistance. It is unfortunate that the USB-C input, which is used to charge the headphones, does not support audio transmission. This allows you, for example, to listen to the headphones and charge them simultaneously when connected to a computer. The headphones have a separate input for a wired audio connection with other devices.

In terms of audio, these are high-end headphones that support high-definition audio, and Sony’s LDAC codec also contributes to higher quality. Unfortunately, this will not work if we have headphones connected to two devices at the same time. One of the innovations is support for 360 degree sound, which unfortunately we have not fully tested. There are not many music services that support this service, and we are not their subscribers. It was also difficult to test Sony’s claims about better control panel resistance to cold, as temperatures were not yet low enough during the test. The same goes for recognizing our common locations and adapting the sound to the circumstances. Today our movement is quite limited.

The elimination of environmental noise is also at a very high level. This depends a bit on the sealing of the headphones, but the vast majority of the noise is very well eliminated or at least reduced to an unobtrusive level. How much progress has been made compared to the troika, however, is difficult to say. These were already at a high level and the new headphones are no worse. The battery is also very good. Sony promises up to 30 hours of use, with noise cancellation and LDAC codec and higher volume enabled, that number shrinks and you still have to squeeze two music listening commands out of it. All of the above also requires a price – about 380 euros.