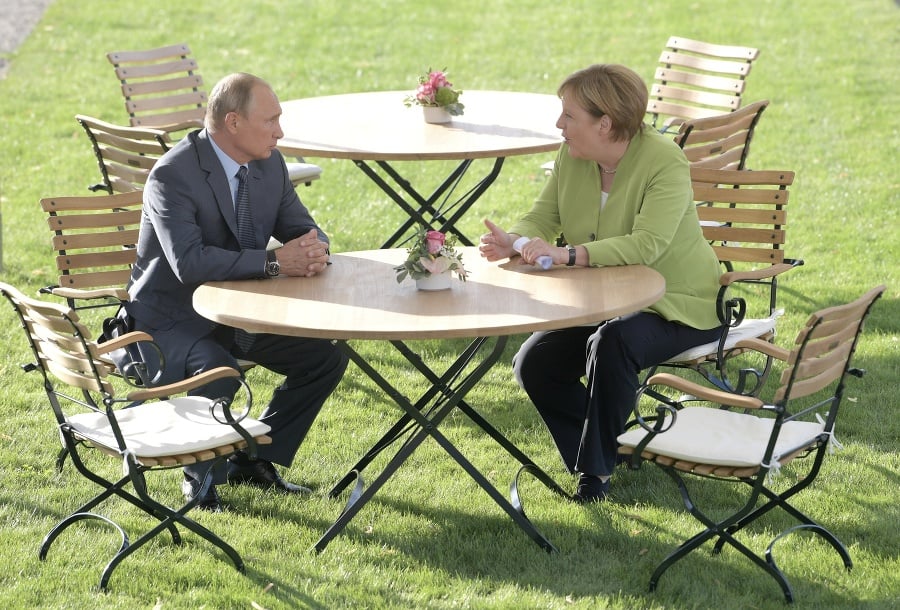 "We must admit that (there) we have no permanent cease-fire," told Merkel to journalists after Putin's arrival at Meseberg Chateau in Berlin, where the summit is held

Putin, according to the DPA, expressed the hope that the UN in Ukraine could restore peace in the conflict-affected region on the border with Russia. He "makes no progress at all" to resolve the situation in Donbass. The head of the Kremlin also confirmed the validity of the ministerial agreements that would end the conflict

Merkel in connection with Ukraine stressed that he hoped to make progress in trying to resolve the conflict between the pro-Russian separatists and the government units in the east of this country. Germany wants to continue to play the role of mediator between Russia and Ukraine together with France

Another topic of the talks between the two leaders is Nord Stream 2 between Russia and Germany , which criticized several EU and US members. Germany, in order to derive this criticism, urges Ukraine to make a profit for the transit of natural gas

Putin has not excluded the continuation of transit through Ukraine after the completion of the new gas pipeline. He stressed, however, that North Stream 2 is "a purely economic project" to cover the growing consumption of natural gas in Europe. "The important thing is that this transit through Ukraine, which has a tradition, corresponds to the economic demands," was quoted by the DPA

A war in Syria is also an important point in Saturday's negotiations. In this connection, Putin has called on Europe to help restore this country. "It is important to expand the humanitarian elements of the Syrian conflict, especially humanitarian aid to the Syrian people," said.

It is necessary to help the Syrian region, where refugees can return from abroad. It is not only their return from Europe, but also millions of Syria from the neighboring countries Jordan, Lebanon and Turkey. "It's a potentially big burden for Europe," said Putin .

Merkel said that he and Putin would talk about nuclear agreement with the world powers with Iran, from which the US resigned. Germany and Russia continue to support it. The office added that human rights issues will not be avoided during the meeting