Four soldiers died in the fighting in eastern Ukraine: Poroshenko throws ash on his head 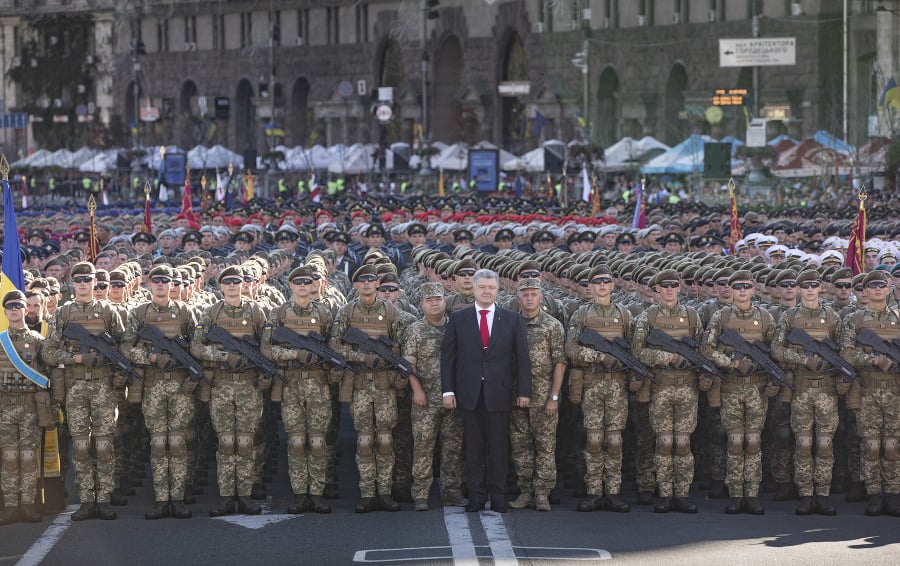 The statement said that these were probably the biggest losses in the lives of recent months and happened on Thursday morning for five hours of rain. The ministry said the fighting broke out when the rebel government forces started firing with coin grenades and tried to break the front line in the east of the Luhan area.

However, the rebels in the Luhan area have accused government forces of attacking them first. In the separatist conflict in the east of Ukraine, more than 10,000 people died in April 2014. The 2015 peace agreement helped to alleviate hostilities, but armed accidents continue, AP's news agency reported.

Ukrainian President Petro Poroshenko apologized for promising to end the war in Donbass, which his countryman gave more than four years ago. Poroshenko then announced that the anti-terrorist operation in eastern Ukraine (ATO) will end "within (multiple) hours".

"More than four years ago I said that the ATO will last several hours, not months … People considered it an opportunity for a very, very quick end to the war" Poroshenko said during the State Flag Day Day in Dnipro. His words were quoted by UNIAN. The Ukrainian president has, in his own words, learned that he must behave responsibly and cautiously with regard to his statements. "I am sorry that I have raised expectations and I offer my sincere apologies because I have given you hope that has not yet been fulfilled." Poroshenko declared the promise after a presidential election on 25 May 2014.

The newly elected president then demanded a change in the format of the military operation against the Pro-Russian separatists in Donbass. The proposed changes proposed to make the operation more efficient and significantly shorten the duration. The conflict in eastern Ukraine has claimed more than 10,000 deaths since 2014 and hundreds of thousands of people have been expelled from their homes.