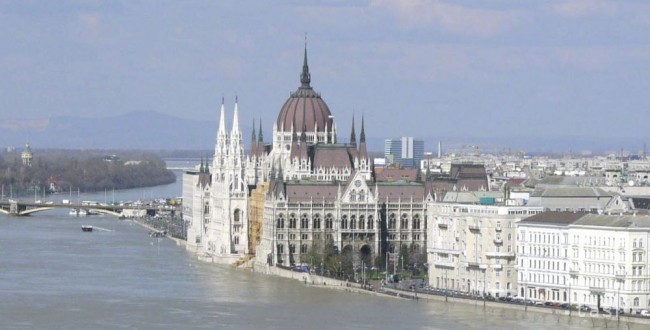 Budapest, August 20 (TASR) – Thousands of policemen, soldiers and saviors ensure the safety of the participants in the celebration of the state feast of the founder of the state, the first king of Hungary, Stephen. Central celebrations began on Monday at the Kossuth Square in Budapest by raising the flag of the state.

After the events traditionally held with military honor, Hungarian army officers were accompanied by the parliament building.

In 2006, during the fireworks, the Hungarian capital hit a violent storm. In the crowd after the pyrotechnical inspection five people died and hundreds of others were injured, many were heavy.

However, no strict precautionary measures have been taken for more serious accidents in the coming years. The security of this year is provided by the operational staff under the leadership of the government spokesman Zoltán Kovács.

Celebrations take place throughout Hungary and in the countries where Hungarians live. Many of the more than 340 official programs that were prepared in various cities and towns of the country were held last weekend.

The organizers of the party announced the preparation of a total of 358 fireworks, with Budapest celebrating the celebrations – the evening on the Danube – also a firework display. The first fireworks were organized in Budapest on the occasion of the anniversary of the foundation of the state in 1927 and since then it is the main attraction of the national day of the Hungarians. An exception was ten years after the revolution in 1956.

The left-wing parties of the opposition did not officially celebrate the feast of the founder of the state. From other opposition parties, only the Jobbik and the radical party The movement of our homeland, created in June from the Jobbik platform, announced the solemn assembly.

There will be an air show in the afternoon above the Danube near the Parliament and the organizers of the boat trip will prepare for the river again.

Already on Saturdays there is a gastronomic festival called Hungarian Street Tasting and the Crafts Celebration on the Buda side of the Danube. In the evening there is a mass in St. Basil's. Stephen and procession with the wrapped right hand of a king.